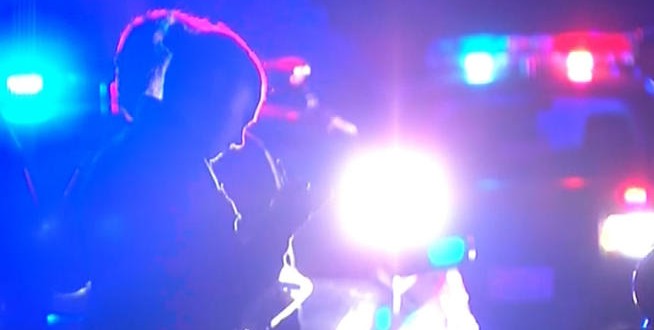 A shooting outside a mall in San Diego, California has left one person dead and another critically injured, according to police.

Police arrived at the scene shortly after a female victim had called 911 from the parking lot of Macy’s in the Westfield Mission Valley Mall when shots were fired in what appeared to be an attempted robbery in the early hours of Tuesday morning.

The female victim, who had sustained gunshot wounds to the head, was pronounced dead at the scene and a man was transferred to a local hospital with life threatening injuries, San Diego Police Lt. Mike Hastings said.

A third person, identified as Salvatore’s brother Gianni Belvedere, was with the two at the mall on Monday night. Family members say they have not heard from him since, but they’re very worried about him. Police had not identified anyone as a suspect as of Tuesday night and the motive was under investigation.

Macy’s was open during the shooting, and investigators were looking for witnesses to help identify a possible suspect in the case.

Jerry Hill, who works at the nearby Christmas tree lot, says he was sleeping in his trailer when his dogs woke him up.

“All I know is I seen the flashing lights and I grabbed my wife, ‘Something’s going on out there.’ Unfortunately it had to be something like that,” Hill said.

Hastings described the possible suspect as a male of unknown race, around 5 feet 9 to 5 feet 11, last seen wearing tan pants and a shirt. He may have fled in dark gray 2008-2011 Honda sedan, according to the lieutenant.

Anyone with information about the early-morning shooting was asked to call the San Diego Police Department’s Homicide Unit at (619) 531-2293 or San Diego County Crime Stoppers at (888) 580-8477.

Web articles – via partners/network co-ordinators. This website and its contents are the exclusive property of ANGA Media Corporation . We appreciate your feedback and respond to every request. Please fill in the form or send us email to: [email protected]
Previous: Dhoom 3 Destroys Every Box Office Record in just 3 days
Next: Target Denies Data Breach Included Stolen PINs (source)