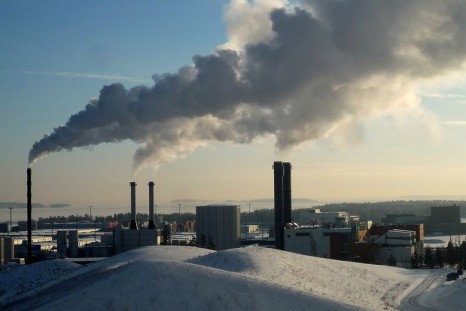 Organizations that actively block efforts to address climate change are funded by a large network of conservative donors to the tune of nearly $1 billion a year, according to the first in-depth study into the dark money that fuels the denial effort.

The new research confirms the role of some famous ultra-free market conservative foundations such as the Searle Freedom Trust, the John William Pope Foundation, the Howard Charitable Foundation and the Sarah Scaife Foundation.

The study also said that much of the funding – around 75% – comes from untraceable sources thanks to the involvement of organisations that guarantee the anonymity of donors.

Brulle said, “Like a play on Broadway, the countermovement has stars in the spotlight – often prominent contrarian scientists or conservative politicians – but behind the stars is an organisational structure of directors, scriptwriters and producers, in the form of conservative foundations.”

The Koch Affiliates Foundations and Exxon Mobil stopped doing traceable donations in 2008, after having done so from 2003 to 2007.

Brulle is going to analyse environmental and climate movements, to compare its funding with that of the climate denial.

“The real issue here is one of democracy. Without a free flow of accurate information, democratic politics and government accountability become impossible”, said Brulle.

“Money amplifies certain voices above others and, in effect, gives them a megaphone in the public square. Powerful funders are supporting the campaign to deny scientific findings about global warming and raise public doubts about the roots and remedies of this massive global threat. At the very least, American voters deserve to know who is behind these efforts.”

Web articles – via partners/network co-ordinators. This website and its contents are the exclusive property of ANGA Media Corporation . We appreciate your feedback and respond to every request. Please fill in the form or send us email to: [email protected]
Previous: Celebrity Deaths: Fallen stars of 2013
Next: Dhoom 3 Destroys Every Box Office Record in just 3 days