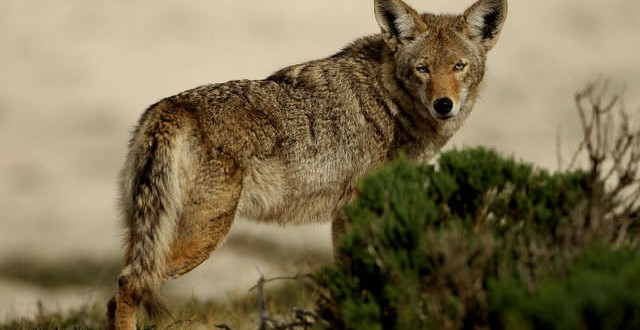 A 3-year-old girl was attacked by a coyote while walking with her parents in Silverado Park in Irvine on Friday evening.

It was shortly before 6 p.m. on Friday when a 3-year-old was approached and bit by a coyote at the intersection of Equinox and Silverado, said public information officer Farrah Emami of the Irvine Police Department.

She was attacked at Silverado Park, in the northern part of Irvine, not far from Portola Parkway at Ridge Valley — just south of the interchange of toll routes 133 and 241.

The girl was with her mother, who managed to scare the wild animal off, Emami said.

News of the attack was first reported by the Orange County Register.

The toddler suffered superficial bruises to her neck and no skin was broken, meaning she did not require a series of rabies shots, said Lt. Kent Smirl of the California Department of Fish and Wildlife. She was briefly hospitalized, then released, he said.

Coyote sightings are common in the area, but physical contact with humans is very rare and unusual, Emami said.

The wild animals tend to avoid crossing paths with people, but feeding them or leaving food outside for them gets them habituated to humans, Smirl said.

“The biggest thing is don’t feed them,” he said. “Every time we have an occurrence like this it’s because someone was feeding them.”

Once the coyote from Friday’s attack is tracked down, it will be put to sleep, Smirl said.

“That’s why a fed coyote is a dead coyote,” he said. “A coyote of this nature is dangerous because he’ll come back and do it again.”

If a human is to encounter a coyote, Smirl advises acting “big and bad,” meaning to make yourself loud, scream at the animal and even throw rocks at them to scare them away.

Web articles – via partners/network co-ordinators. This website and its contents are the exclusive property of ANGA Media Corporation . We appreciate your feedback and respond to every request. Please fill in the form or send us email to: [email protected]
Previous: Canadian Teen pleads guilty to 23 charges of swatting, harassing online game rivals : Details
Next: Evette Reay Suspended On Last Day Of School Over Dress Length