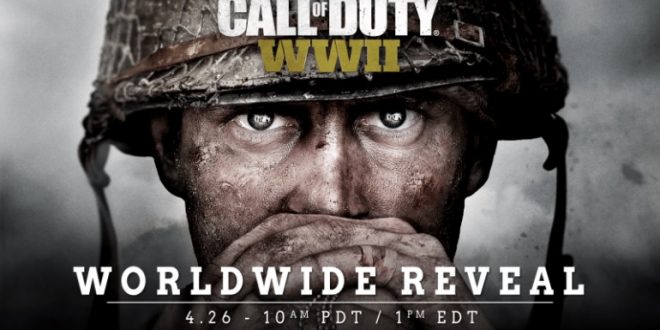 Call Of Duty Is Officially Heading Back To World War II, Report

After many rumors and much speculation, the existence of Call of Duty: WWII was revealed yesterday with a countdown page leading to its official announcement .

Following last year’s Infinite Warfare, a game set far in the future, it’s now known that, like the first three games in the series, WWII will be the setting for the new edition of the game.

Sledgehammer Games, the Call of Duty-focused studio that developed 2011’s Modern Warfare 3 and Advanced Warfare from 2014, have been working on COD WWII.

Until the reveal next week, not a lot more is known about the new game other than the details given above. A livestream is scheduled for April 26, which is expected to bring more information about the game, including details about the shooter.

We, along with many, many others, are eagerly counting down the hours already.

Web articles – via partners/network co-ordinators. This website and its contents are the exclusive property of ANGA Media Corporation . We appreciate your feedback and respond to every request. Please fill in the form or send us email to: [email protected]
Previous: Blake Lively slams reporter for asking about her outfit (Watch)
Next: Cassini Snaps Earth as It Readies Grand Finale (Photo)