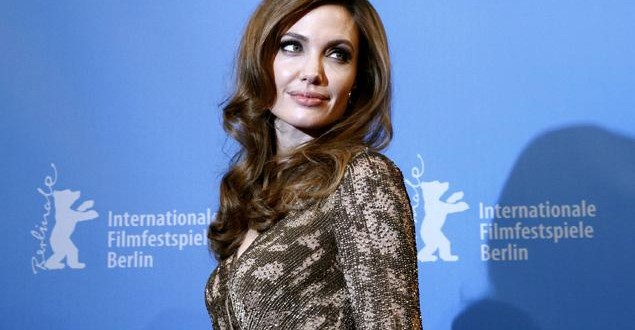 Angelina Jolie is now planning to have her ovaries removed, following a double mastectomy after discovering she’s a carrier of the BRCA1 gene.

The 37-year-old actress made the brave decision to have three months of secret procedures after being told she had an 87% chance of contracting breast cancer.

And now, Angelina is said to already be planning her next surgery – the removal of both her ovaries – as the gene means she has a 50% chance of developing ovarian cancer.

It’s not clear when Jolie, 37, plans to have the procedure, but there’s no obvious medical reason she has to wait following her Feb. 16 mastectomy and April 27 breast reconstruction, doctors told the Daily News.

“I don’t know the details of her case, but maybe she wanted to keep her ovaries in a little longer for hormonal benefits or potentially to have more children,” Lewin said.
For someone Jolie’s age, the procedure causes “surgical menopause,” which can lead to early onset of hot flashes and bone loss.

This can be treated with hormone replacement therapy, and experts said Jolie is a good candidate because her double mastectomy would protect her from the breast cancer risk associated with the low-dose pills.

“There’s no magic age. You have to balance the risk of early menopause with the benefits (of removal),” said Dr. Stephanie Blank at NYU Langone Medical Center. “It’s a difficult decision, but preventive surgery can be much better than needing chemotherapy.”

Dr. Olufunmilayo Olopade at the University of Chicago advises BRCA carriers to get their ovaries out by age 35 if possible because ovarian cancer lacks a good early screening test.

“A lot of women feel more attached to their ovaries than their breasts, but this is a lifesaving procedure,” she said. “By the time most women find ovarian cancer, it’s usually in the advanced stages.”

Web articles – via partners/network co-ordinators. This website and its contents are the exclusive property of ANGA Media Corporation . We appreciate your feedback and respond to every request. Please fill in the form or send us email to: [email protected]
Previous: 3 teens shot in New jersey : report says 2 dead
Next: Why did Kim Kardashian and Kanye West name their baby North west