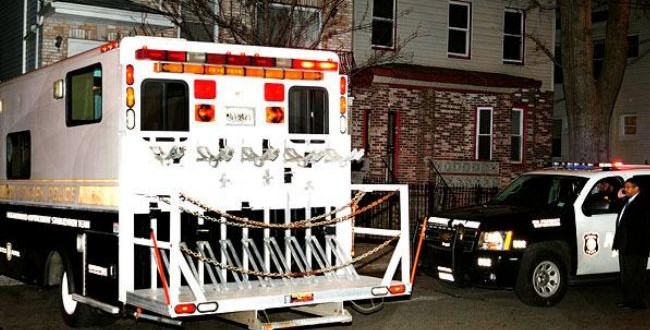 Three teenagers in the US state of New Jersey have been shot, two of them pronounced dead, raising the number of gun deaths on Christmas Day reported in the US media to seven.

A 13-year old girl and a 14-year-old boy were fatally shot on Wednesday and a third teen involved in the shooting in Newark, New Jersey, is in critical condition, Acting Essex County Prosecutor Carolyn A. Murray and Newark Police Director Samuel A. DeMaio said in a statement to the Star-Ledger newspaper.

The shootings happened around 10 p.m. and the names of the victims have not been released.

Officials characterized the investigation as active and ongoing.
Less than a mile away from the scene, police were investigating another shooting early Wednesday morning.

Five people were shot during a fight at Slick’s Go Go Bar in Irvington around 12:45 a.m. Wednesday. The incident apparently started when a bouncer tried to stop a man from entering the bar with a gun.

Three of the victims died.

Police are still looking for the gunman. Witnesses said a gray sedan sped away from the club just after the shootings. A $10,000 reward is being offered for information leading to an arrest.

Web articles – via partners/network co-ordinators. This website and its contents are the exclusive property of ANGA Media Corporation . We appreciate your feedback and respond to every request. Please fill in the form or send us email to: [email protected]
Previous: Three children die in Louisiana mobile home fire (VIDEO)
Next: Actress Angelina Jolie Removing Ovaries