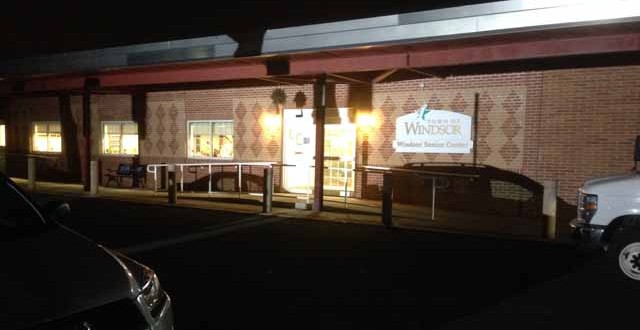 A 17-year-old who police say robbed a 99-year-old woman of her purse while she was delivering cookies to a community center in Windsor, Conn., was in custody Thursday.

Just after 9:00am Wednesday, police responded to a call of a robbery at the L.P. Wilson Community Center on Matianuck Avenue. The suspect did not use any weapons during the robbery, according to police.

The victim, a 99-year-old woman, was delivering cookies to other seniors at the senior center when she was pushed to the ground, and her bag was stolen. Police said that the woman was not seriously hurt in the robbery.

At 10:00 a.m. Thursday, police secured a juvenile arrest warrant for the suspect by the Superior Court of Juvenile Matters in Hartford. By 10:30 a.m., officers approached the juvenile in Hartford after developing information on his whereabouts.

The juvenile has been charged with third degree robbery, sixth degree larceny, and assault of an elderly person. The suspect was transported to the Juvenile Detention Center in Hartford, and is due to appear in Juvenile Court in Hartford.

Web articles – via partners/network co-ordinators. This website and its contents are the exclusive property of ANGA Media Corporation . We appreciate your feedback and respond to every request. Please fill in the form or send us email to: [email protected]
Previous: Lost Luggage Found 20 Years Later (Video)
Next: Hannah Overton : Texas woman free on bond in salt poisoning case