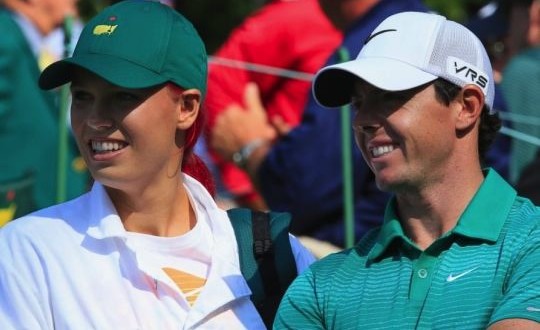 Golfer Rory McIlroy confirms it’s officially over between him and Danish tennis player Caroline Wozniacki, just days after sending out wedding invitations to their guests.

Wozniacki, 23, took to Twitter to make her first public comments since McIlroy announced on Wednesday that he had broken off the couple’s engagement ahead of their scheduled November wedding.

“It’s a hard time for me right now. Thanks for all the sweet messages! Happy I support Liverpool right now because I know I’ll never walk alone,” Wozniacki wrote.

The professional tennis player’s tweet has already received a good amount of support. Since it was posted at 5:15 a.m. EDT, her post had more than 2,500 retweets and over 3,000 favorites.

Web articles – via partners/network co-ordinators. This website and its contents are the exclusive property of ANGA Media Corporation . We appreciate your feedback and respond to every request. Please fill in the form or send us email to: [email protected]
Previous: Seahawks visit Barack Obama at White House (Video)
Next: California Woman found after 10 years in California