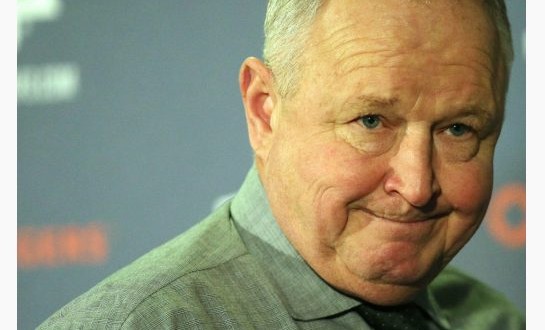 Randy Carlyle has been fired as coach of the Toronto Maple Leafs.

Assistant coaches Peter Horachek and Steve Spott will take over the coaching duties when the Leafs return home on Wednesday night against the Washington Capitals. No outside replacement has been lined up as of yet.

Over parts of four seasons with the Toronto Maple Leafs, Carlyle coached the team to a 91-78-19 record. The Leafs currently sit fourth in the Atlantic Division, just one point from being out of a playoff spot. While the overall record doesn’t look all that bad, he was fired because of the way the team has played — even in the wins.

“We felt that one of the things, and you’ve all heard me say it since training camp, was that we need to see some level of consistency,” GM Dave Nonis said, “and I think we’d all agree that we had some good periods, good stretches, but I can’t stand here in front of you and say we’ve been consistent.”

From the moment he took the helm in 2011-12, the difference could be seen immediately. The Leafs began to be out-shot most of the time by their opponents. This forced them to rely on goaltending, which ended up working out in the 2012-13 half-season because the team essentially did not have time to collapse. As for last season, the collapse was evident and the same trend was seen coming this year.

The Leafs have lost seven of their last nine games after going on a 10-1-1 run previously.

Carlyle was the 16th man in Leafs history to both play and coach for the team.