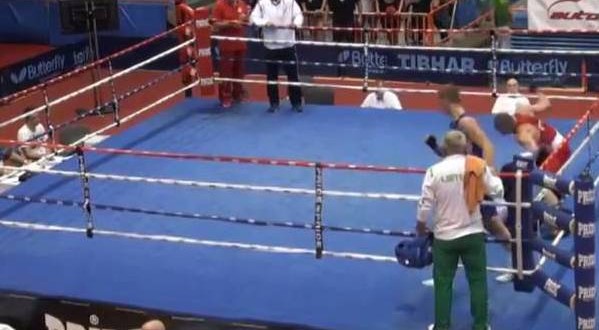 Croatian boxer Vido Loncar faces a lenghty ban from the sport after knocking out a referee at the European Youth Championships in Zagreb.

As the referee called the fighters together, Loncar, furious that the referee had stopped the fight, unleashed a hard right directly to the official’s face, knocking him to the canvas.

As stunned Lithuanian opponent Algirdas Baniulis scampered away, Loncar continued to hit the fallen official until two men from outside the ring reached through the ropes and grabbed the fighter, dragging him out of the ring.

Web articles – via partners/network co-ordinators. This website and its contents are the exclusive property of ANGA Media Corporation . We appreciate your feedback and respond to every request. Please fill in the form or send us email to: [email protected]
Previous: Boy, 11, bags rare albino deer in Michigan
Next: Toronto Police seek men who beat teen into coma