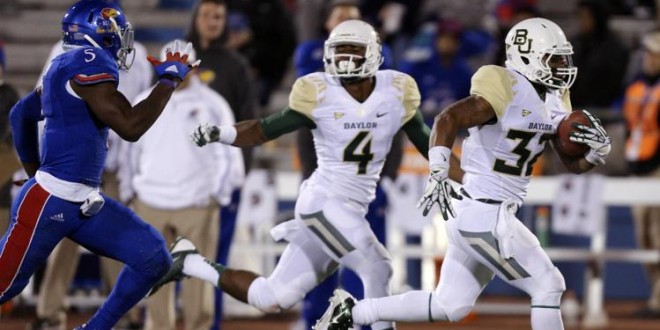 Florida State finishes the regular season as No. 1 in The Associated Press and USA Today college football polls and Auburn has reached No. 2.

The Seminoles and Tigers wrapped up spots in the final BCS championship game January 6th at the Rose Bowl by winning their conference title games Saturday night. Those become official Sunday night.

Alabama is No. 3 in the last AP rankings until after the bowls. Michigan State jumped six spots to No. 4 after beating Ohio State for the Big Ten title. No. 5 Stanford is the Pac-12 champion for the second straight season. No. 6 Baylor won the Big 12 and Ohio State slipped to No. 7 after its first loss since the 2011 season.

Web articles – via partners/network co-ordinators. This website and its contents are the exclusive property of ANGA Media Corporation . We appreciate your feedback and respond to every request. Please fill in the form or send us email to: [email protected]
Previous: Property owners funding Lake Union clean-up project in America
Next: Paul Walker funeral : plans in progress, place undecided by family