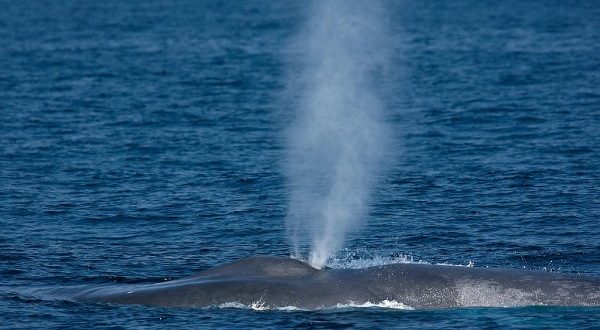 Collisions of whales and boats off the coast of New England may be more common than previously believed, a team of marine scientists suggested. According to a new study, nearly 15 percent of the protected humpback whales that come to the southern Gulf of Maine to feed every spring are hit by boats and other vessels.

The collisions led to injuries or scarring in the whales and also put both the sea mammals and boaters at risk.

The analysis is based on injuries to 624 individual whales photographed between 2004 and 2013 in a body of water just off the coasts of Massachusetts, New Hampshire and Maine.

Of the 624 individual whales reviewed, 92, or 14.7%, had injuries attributed to at least one vessel strike. A total of 149 injuries were documented, according to the study.

In most cases, researchers could not determine whether multiple injuries in different parts of the whale’s body were caused by one or more strike.

But at least one whale calf appeared to have injuries from two separate events, based on fresh marks in different body regions within weeks of when the calf was photographed with initial healing wounds.

Whatever the actual total or frequency of injury, researchers and activists agree that whale-boat collisions can be catastrophic.

The Whale and Dolphin Conservation (WDC), a charity dedicated to protecting the animals, maintains that people can be injured or killed from being thrown when the small vessel is struck by a whale. Some collisions have caused small vessels to sink.

If whales are struck in certain areas by a large vessel, they are unlikely to survive, according to the WDC.

Other studies have determined that vessel strikes probably occur because whales, in general, are slow swimmers, spend considerable time at the surface of the water, and stay in areas that tend to overlap with heavy shipping traffic.

Right whales, such as the humpback, are either unable or unlikely to detect oncoming ships. They may be engaged in activities such as feeding and mating and are either oblivious to, or may not respond to approaching ships.

Scientists for the Gulf of Maine study point out that, while humpback whales are listed as endangered under the U.S. Endangered Species Act, there currently are no regulations or guidelines in place to reduce the likelihood of collisions with vessels in their vicinity – except those actively engaged in whale watching.

They hope that their research, and other long-term studies, can help regulators develop new guidelines on boat traffic, and better assess the health of the humpback whale population.

Web articles – via partners/network co-ordinators. This website and its contents are the exclusive property of ANGA Media Corporation . We appreciate your feedback and respond to every request. Please fill in the form or send us email to: [email protected]
Previous: Researchers Discover a New Phenomenon in Night Skies (Photo)
Next: Research Documents the Rise of Sex “Trend” Called “Stealthing”