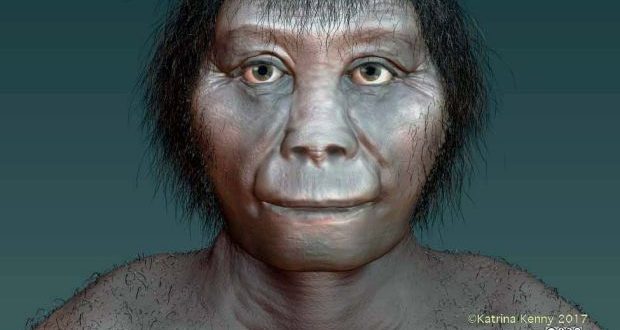 H. floresiensis, or the “Flores hobbit”, was only found in 2003, when researchers on the Indonesian island of Flores unearthed the remains of a previously unknown member of the human family.

The study was published in the Journal of Human Evolution.

The bones, uncovered deep in the Liang Bua cave, were a remarkable find

At only a metre tall and weighing 25 kg, this new addition to the Homo genus was thought by many to be a spectacularly divergent example of early humans.

Although researchers initially claimed it as a new species, controversy soon erupted, with many contending that H. floresiensis was actually a specimen of a modern human with pathological deformities.

Beyond this, among those who accepted H. floresiensis as a new species, there was debate over when it evolved and how it fit in with other known species.

The consensus to date has been that H. floresiensis lived at the Ling Bua site until 54, 000 years ago and evolved from H. erectus, the only other hominin known to have lived in the area.

The new study, conducted by Debbie Argue and Colin Groves from the Australian National University and William Jungers from Stony Brook University in the US, now looks set to rewrite this hypothesis.

Using detailed analysis of skeletal anatomy, the scientists claim that this line of descent is wrong. “We looked at whether Homo floresiensis could be descended from Homo erectus,” says Argue. “All the tests say it doesn’t fit – it’s just not a viable theory.”

The team focused on the structure of the jaw, something that Groves claims previous studies neglected.

These jaw features are more primitive than those of later hominins, suggesting that the hobbits branched off much earlier than previously thought. “It would be hard to understand how you could have that regression,” says Argue. “Why would the jaw of Homo erectus evolve back to the primitive condition we see in Homo floresiensis?”

Instead, the researchers posit that the Flores hobbit is most likely a sister species to Homo habilis, one of the earliest known members of the genus, and speculate that H. floresiensis might even predate it.

On the question of whether the hobbits are just deformed humans, Grove is emphatic: “No modern human has these characters of the lower jaw,” he says. “We find that the idea that floresiensis is a pathological modern human is ridiculous; it can be maintained only by ignoring all the evidence.”

Web articles – via partners/network co-ordinators. This website and its contents are the exclusive property of ANGA Media Corporation . We appreciate your feedback and respond to every request. Please fill in the form or send us email to: [email protected]
Previous: Cassini Snaps Earth as It Readies Grand Finale (Photo)
Next: Tree spotted on Mars, claims alien hunter “Video”