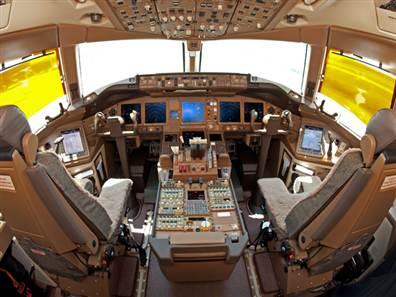 There once was a time when pilots had to do everything with a plane – they had to be able to repair it and fly it and that meant knowing everything about it.

Today, much of flying is automated, freeing pilots’ attention from mundane flight tasks and allowing them to focus on the big picture. Many regard humans as something of a safety net for machines, there in case something goes wrong – but a paper in Human Factors says it doesn’t really work that way.

“Humans are not robots. We cannot stare at a green light for hours at a stretch without getting tired, bored, or going crazy,” said Stephen Casner, a research psychologist at Nasa’s Ames Research Centre in the US.

Although the automated systems in cockpits assume many of the tasks formerly performed by human pilots and do it with impressive reliability, the pilots can not completely disengage from the tasks as they are expected to respond if something goes amiss.

“The mind is restless,” maintained Jonathan Schooler, a professor of psychological and brain sciences at University of California, Santa Barbara.

For the study, researchers designed a flight simulation study in which they asked pilots to follow a published arrival procedure into New York’s busy John F Kennedy International Airport.

As the pilots navigated the flight, they were asked about what they were thinking during various levels of automation and to assign their thoughts to three categories: the specific task at hand, higher-level thoughts (for example planning ahead), or thoughts unrelated to the flight (for example, what is for dinner).

The pilots reported an increase in big-picture flight-related thoughts when using higher levels of automation, but when the flight was progressing according to plan and pilots were not interacting with the automation, their thoughts were more likely to wander.

“As technology grows in capability, we seem to be taking the approach of using humans as safety nets for computers,” Casner noted.

On the basis of these findings, researchers studying cockpit automation might consider rethinking the interaction between humans and machines.
The study appeared in the journal Human Factors.

Web articles – via partners/network co-ordinators. This website and its contents are the exclusive property of ANGA Media Corporation . We appreciate your feedback and respond to every request. Please fill in the form or send us email to: [email protected]
Previous: Energy drinks consumption linked to smoking, Study
Next: Yingluck Shinawatra removed : Thailand’s PM ousted by Constitutional Court