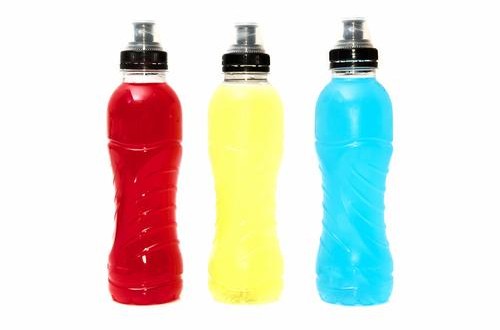 Posted by: News May 7, 2014 in Press Releases Leave a comment

Adolescents who drink sports drinks could have an increased risk of participating in unhealthy behavior such as cigarette smoking and excessive screen media use.

Data has shown a decrease in the prevalence of sports drink and soda consumption, but energy drink consumption has nearly tripled in adolescents in recent years, an Elsevier news release reported.

Although national data have shown a decline in the prevalence of soft drink and fruit drink consumption, sports and energy drink consumption has tripled among adolescents in recent years. The high caffeine content of energy drinks, as well as the high sugar and calorie content of many sports and energy drinks, has drawn much concern from health professionals. Data for the study were gathered from 20 public middle schools and high schools in the Minneapolis-St. Paul metropolitan area of Minnesota as part of the population-based study, Eating and Activity in Teens (EAT 2010).

Surveys and anthropometric measures were completed by 2,793 adolescents during the 2009–2010 school year. Mean age of the participants was 14.4 years, participants were equally divided by gender, and 81 percent identified as a racial/ethnic background other than non-Hispanic white. Among the measured variables in this study were height and weight; consumption frequency for sports drinks, energy drinks, and breakfast; time spent engaged in physical activity, playing video games, and watching television; and smoking status.

Although sports drink consumption was linked to higher levels of moderate-to-vigorous physical activity and sport participation, the overall pattern of associations indicated that sports and energy drink consumption should be addressed as part of a clustering of unhealthy behaviors among some adolescents. Of note, “among boys, weekly sports drink consumption was significantly associated with higher TV viewing; boys who regularly consumed sports drinks spent about one additional hour per week watching TV compared with boys who consumed sports drinks less than once per week,” said lead author Nicole Larson, PhD, MPH, RDN, Division of Epidemiology and Community Health, School of Public Health, University of Minnesota, Minneapolis. As another example, “boys who consumed energy drinks at least weekly spent approximately four additional hours per week playing video games compared to those who consumed energy drinks less than once per week.”

The American Academy of Pediatrics recommends that sports drinks should be consumed by adolescents only after vigorous, prolonged activity, and that energy drinks should not be consumed because they offer no benefit and increase risks for overstimulation of the nervous system. Future research and interventions should target the clustering of related health risk behaviors and pursue more education to promote healthy hydration habits among youth.

Web articles – via partners/network co-ordinators. This website and its contents are the exclusive property of ANGA Media Corporation . We appreciate your feedback and respond to every request. Please fill in the form or send us email to: [email protected]
Previous: OPP : Prescription drug drop off in Digby
Next: Cockpit Automation Is Hurting Pilot Focus, Study