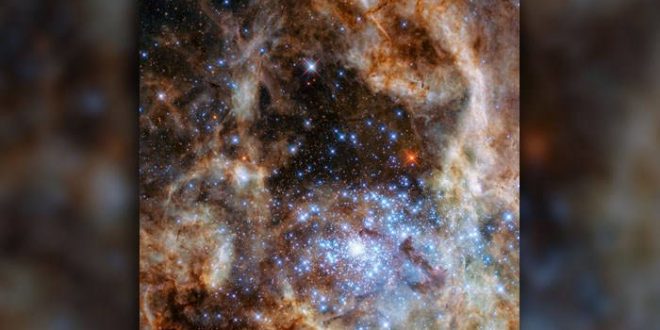 Astronomers said that a “super-Earth” discovered just 39 light years away may be one of the best candidates outside of our solar system to support life.

This new, big, dense planet is rocky, like Earth, and has the right temperatures for water, putting it in the habitable zone for life, according to a study published Wednesday in the journal Nature .

It’s the fifth such life-possible planet outside our solar system revealed in less than a year, but still relatively nearby Earth.

Rocky planets within that habitable zone of a star are considered the best place to find evidence of some form of life.

“It is astonishing to live in a time when discovery of potentially habitable worlds is not only commonplace but proliferating,” said MIT astronomer Sara Seager, who wasn’t part of the study.

The first planet outside our solar system was discovered in 1995, but thanks to new techniques and especially NASA’s planet-hunting Kepler telescope, the number of them has exploded in recent years.

Astronomers have now identified 52 potentially habitable planets and more than 3,600 planets outside our solar system.

The latest discovery, called LHS 1140b, regularly passes in front of its star, allowing astronomers to measure its size and mass.

That makes astronomers more confident that this one is rocky, compared to other recent discoveries.

Web articles – via partners/network co-ordinators. This website and its contents are the exclusive property of ANGA Media Corporation . We appreciate your feedback and respond to every request. Please fill in the form or send us email to: [email protected]
Previous: Police say two dead, three hurt in rail crash
Next: Diet drinks linked to increased stroke and dementia risk, A New Study Reveals