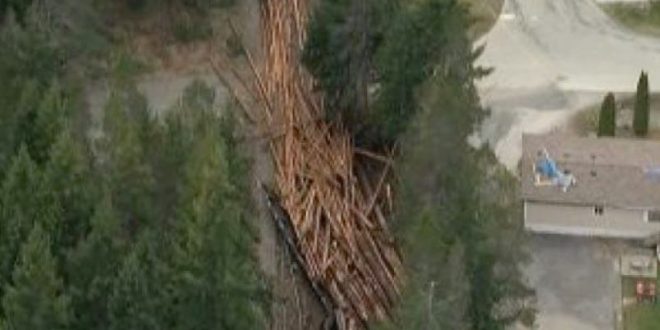 Ambulance crews from across Northern Vancouver Island responded to the incident and the injuries are believed to be very serious.

The RCMP is investigating the accident and the area has been cordoned off as they try to determine what caused the train to derail.

“Very few details are available at this time but RCMP can confirm that several individuals have been injured,” Cpl. Tammy Douglas of Island District RCMP said in a release. “The full extent of those injuries are not known.”

The train belongs to Western Forest Products and its believed those injured are employees.

“We are aware of the incident and saddened by it,” a spokesperson told CHEK News. “The safety and security of our staff and community is very important to us.”

Web articles – via partners/network co-ordinators. This website and its contents are the exclusive property of ANGA Media Corporation . We appreciate your feedback and respond to every request. Please fill in the form or send us email to: [email protected]
Previous: Scientists Find Yet Another Reason Why Naked Mole-Rats Are Just Weird
Next: Alien life looms? Astronomers discover super earth, may harbour life