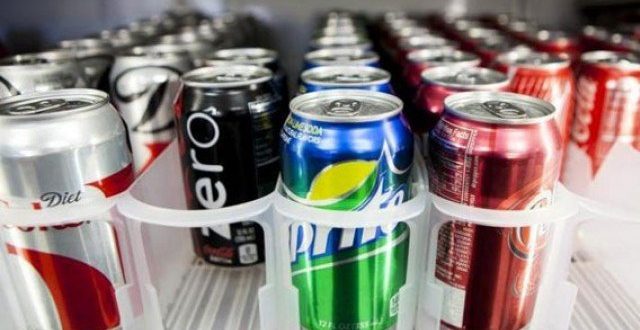 You may think you’re making a healthy choice when reaching for a diet drink rather than its full-sugar counterpart, but new research has found you might actually be increasing your risk of dementia and stroke.

The study, which was conducted in the US, found people who drank a can of artificially-sweetened fizzy drink, such as Diet Coke or Pepsi Max, daily were at three times the risk of suffering a stroke and 2.9 times more likely to develop dementia in later life – compared to non-drinkers. However, there is some good news – once researchers considered all drinkers’ lifestyle factors, the link between drinking Diet Coke, for example, and developing Alzheimer’s proved statistically insignificant.

The full-fat equivalent of artificially-sweetened drinks carries no such risk but researchers have warned not to replace your Diet Coke or other with these as they’re not the healthy option. Scientists are concerned there could be a link between full-fat drinks, dementia and stroke.

The study was the work of scientists at the University of Boston who examined the eating and drinking habits of over 4,000 people for seven years before assessing every aspect of their health for another ten.

Web articles – via partners/network co-ordinators. This website and its contents are the exclusive property of ANGA Media Corporation . We appreciate your feedback and respond to every request. Please fill in the form or send us email to: [email protected]
Previous: Alien life looms? Astronomers discover super earth, may harbour life
Next: Child, 6, dies after being hit by vehicle in Scarborough