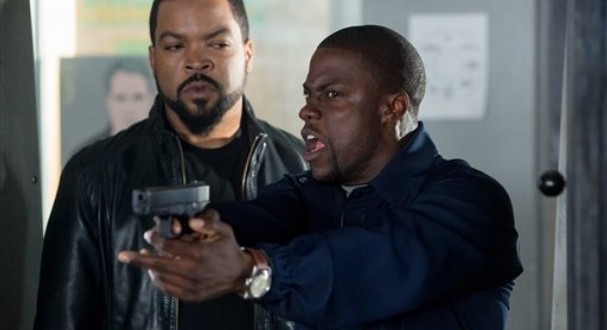 Ride Along has established a new record for the three-day MLK Day weekend. Estimates put the comedy at $41.2 million after three days. That tops the former record of $40 million, established by Cloverfield back in 2008. Surpassing even its most optimistic early projections, Ride Along has also secured the best January debut of all time while effectively eclipsing the frame’s other debuts, including Jack Ryan: Shadow Recruit.

The Nut Job had a surprisingly strong opening, landing in third place with $20.5 million, while Jack Ryan: Shadow Recruit took in a disappointing $17.2 million at No. 4.

Disney’s Frozen is still holding strong in its ninth week in theaters, at No. 5 with $11.9 million.

Oscar frontrunner American Hustle finished in sixth place with $10.6 million, while Devil’s Due bombed in its debut, taking in only $8.5 million and coming in at No. 7.

1. Ride Along $47.7m (early estimates are predicting this could hit $50 million)

Web articles – via partners/network co-ordinators. This website and its contents are the exclusive property of ANGA Media Corporation . We appreciate your feedback and respond to every request. Please fill in the form or send us email to: [email protected]
Previous: MLK birth name : Biography, Speeches & Quotes
Next: 15 Pound Baby Born at Hesperia Hospital in California