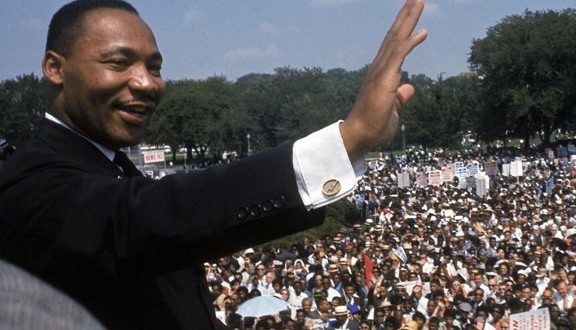 Most non-emergency city offices will be closed Monday in observance of Martin Luther King’s birthday, the office of Mayor Luis Quintana said in a statement. Emergency services will be unaffected.

“This year will mark the 50th anniversary of Dr. King being honored for his service to humanity by being awarded the Nobel Peace Prize,” said Quintana. “President Obama has urged us to honor Dr. King’s legacy by making this important holiday a national ‘Day of Service.’ I urge all of Newark’s residents to do so – whether cleaning up an empty lot, helping at a homeless shelter, or mentoring a child. I also urge residents to uphold the City’s sanitation ordinances, and while Newark City Hall will be closed in observance of this important holiday, the City will be prepared to respond to any emergency.”

Dr. King had a dream which he described in his famous speech in front of the Lincoln Memorial, not far from the memorial that now bears his name. But he also helped America realize its own dream, the principle in our founding documents, of equality under the law. And yet, there is still much work to do.

Although our nation has ended legal discrimination based upon the color of a person’s skin, economic disparity persists. Figures show that the unemployment rate of African Americans today is nearly double that of whites, 50 years after Dr. King led the March on Washington for Jobs and Freedom. With such high levels of unemployment, it is little wonder that the poverty gap between blacks and whites, already too wide, is widening even more; in 2012, African Americans were almost three times as likely to live below the poverty line.

We do not need statistics to tell us that socioeconomic progress has been disappointing. The question we ask this Dr. Martin Luther King Day is, what can be done to help ensure that every American—regardless of race, ethnicity, gender, religion, or socioeconomic status—is given a realistic chance to succeed.

Clearly, stronger overall economic growth would help by creating more jobs and opportunity. We are in the midst of the weakest economic recovery since records have been kept—years after the recession ended, our economy still has not recovered the jobs lost. As President John F. Kennedy once said, “a rising tide lifts all boats.” This is why I will continue to work towards creating a business-friendly environment that can create jobs.

Another part of the answer lies in restructuring and improving our schools. A 30 percent dropout rate—and closer to 50 percent among African American males—is an indictment of the system, as are our increasingly low test scores compared to other countries, especially in the crucial STEM disciplines, like math and science. Strengthening families and improving pre-K-12 education are difficult tasks requiring new thinking and a committed effort, where families, communities, local, state, and federal government all play a role.

But there is another important element to fighting poverty where the federal government has traditionally played a central role, and that is in retraining workers to meet the demands and fill the jobs of today’s economy. This is key to addressing the unemployment crisis in the African American community and the skills gap that occurs throughout the country, where millions of Americans are out of work and many jobs remain open simply because those looking for work do not have the needed skills. I have long championed legislation to reform the federal worker training programs to reduce the skills gap.

The problem is not that federal worker retraining programs do not exist—they do. In fact, there are 47 federal worker retraining programs spread over nine departments, costing about $15 billion a year. The current system is redundant and inefficient, meaning unemployed Americans are not getting the training they need while tax dollars are being wasted.

This is why I have been pushing the bipartisan CAREER Act, legislation to revamp our nation’s retraining programs. The CAREER Act builds in incentives that reward those job-training providers whose programs produce measurable results in job placement and retention. It also matches skills with the jobs available in the market. It is a jobs bill that will help close the gap by giving people the skills and tools they need to access good paying jobs currently available.

Another area of particular concern in the African American community is prison reform. Over the years, I have focused on addressing the high rates of recidivism—those who reenter society from prison, and end up right back in the criminal justice system again. Unbelievably, the data shows that about half of those who get out of prison are rearrested and back in the system within two or three years.

Eight years ago, I authored the Second Chance Act to give those who have been incarcerated another chance at success and help ex-offenders become productive members of society by providing them better access to job training, drug and alcohol or mental health treatment, and other support. The law has worked well where it has been used to make communities safer, save taxpayer money, and bring families back together. I have been pushing to reauthorize the Second Chance Act and pass a new law focused on rehabilitation in federal prisons.

While the CAREER Act and the Second Chance Act are two small steps toward improving the lives of all Americans, much work lies ahead to address the significant income and poverty gaps that exist in our country. As we honor his birth, we should also honor Dr. King’s legacy by not being afraid to address problems head on, even when it means disrupting the status quo.

Dr. King once said, “The time is always right to do what is right.” As we take the time to remember him and all that he accomplished, we should also recommit ourselves to doing our part to help all Americans achieve their God-given potential.

Web articles – via partners/network co-ordinators. This website and its contents are the exclusive property of ANGA Media Corporation . We appreciate your feedback and respond to every request. Please fill in the form or send us email to: [email protected]
Previous: Most common tax deductions
Next: “Ride Along” Comedy Breaks Box Office Records ($14.5m)