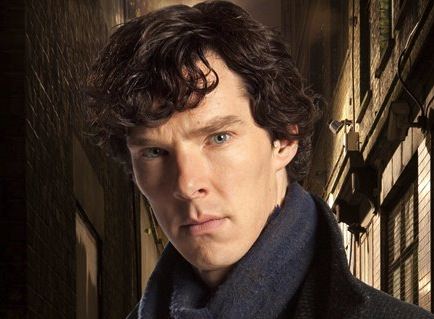 Benedict Cumberbatch has admitted that he considered turning down the lead role in Sherlock.

Cumberbatch told Entertainment Weekly that he had “pause for thought” when first offered the role of the iconic detective in BBC One’s drama.

“My reservation was ‘Well, this is a very iconic character, there will be a lot of attention on it,’” Benedict told Entertainment Weekly. “This was before I had had any significant success [but] I knew there would still be a lot of focus on it. And while I had done work, it wasn’t stepping into the populist limelight like playing a character like Holmes. So I did have a pause for thought.”

Sherlock is now onto its third season but Benedict would never have been part of it if it wasn’t for the behind-the-scenes team.

The passion and commitment from the department is what ultimately convinced the 37-year-old to sign up for the role.

“I thought,’ If I’m going to do this, if I’m going to step into the limelight with a large leading role of iconic status, then I might as well do it these people’,” he recalled.

“They know what they’re doing and I completely trust them. I felt like I was being asked to join the family and have some fun. There was nothing businessy about it. And that’s how to operate it.”

Since finding global fame with Sherlock, Benedict has gone on to star in big Hollywood movies including Star Trek Into Darkness, 12 Years a Slave and The Fifth Estate.

Web articles – via partners/network co-ordinators. This website and its contents are the exclusive property of ANGA Media Corporation . We appreciate your feedback and respond to every request. Please fill in the form or send us email to: [email protected]
Previous: Vladimir Putin to Gays: ‘Leave the Children in Peace’
Next: Couple advertises home as ‘slightly haunted’ (VIDEO)