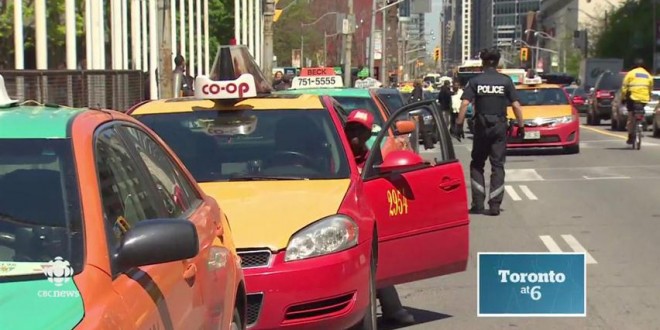 Detectives in Toronto believe a ring of crooked cab drivers has stolen dozens of bank cards from bleary, late-night riders and emptied their accounts over the past month.

Since November, taxi drivers have allegedly used bogus debit machines to swipe data from a customer’s debit or credit card, then handed the customer a fake card that looked similar to their own.

By Thursday, cab customers were coming complaining almost daily and TD Bank alone had filed 65 claims. The scam has not been confined to just one taxi company.

A passenger identified only as Rachel told CityNews she used her debit card to pay for a cab after the driver told her he didn’t have cash change.

Rachel noted the cab driver skipped over the part in the transaction where the passenger is asked to enter a tip amount.

The next day, she discovered that the card he returned to her was not hers, and her bank account had been emptied and overdrafted into the hundreds. She lost $720 in all.

Web articles – via partners/network co-ordinators. This website and its contents are the exclusive property of ANGA Media Corporation . We appreciate your feedback and respond to every request. Please fill in the form or send us email to: [email protected]
Previous: Russian doctor punches patient who later dies (Video)
Next: ‘El Chapo’ push for a movie about his life led to his capture “Video”