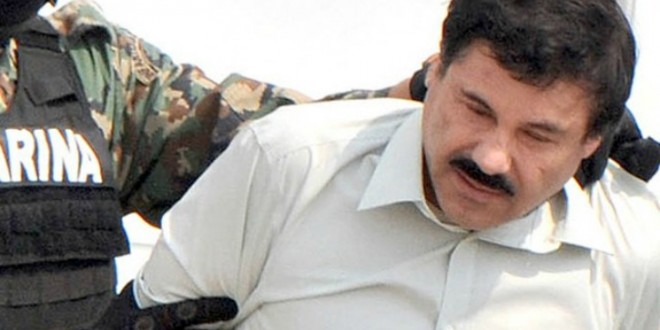 'El Chapo' push for a movie about his life led to his capture, Report

Mexican drug lord Joaquin “El Chapo” Guzman’s desire to have a blockbuster movie made about his life helped lead to his capture.

According to Mexican authorities, the fugitive had been in negotiations to produce a film about his own life.

“He established communication with actors and producers, which has formed a new line of investigation,” Mexican Attorney General Arely Gomez said in a press conference on Friday. No further information was offered regarding which producers and actors Guzman had contacted.

Guzman got the movie ball rolling after his first prison escape in 2014. The New York Times reports that he ordered his associates to get in contact with actresses and producers six months ago.

El Chapo heads the notorious Sinaloa drug cartel. He has an estimated net worth of $1 billion. He was captured in the coastal city of Los Mochis and returned to maximum security facility Altiplano.

Web articles – via partners/network co-ordinators. This website and its contents are the exclusive property of ANGA Media Corporation . We appreciate your feedback and respond to every request. Please fill in the form or send us email to: [email protected]
Previous: Toronto police investigating taxi scam (Video)
Next: Kaley Cuoco: Actress “devastated” after losing two of her dogs within days of each other