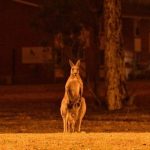 Australian wildfires animals dead, fires kill half a billion animals. Australia’s animal population is unquestionably special. Many of its best-known species, including kangaroos and koalas, are native to the country, and many animals found there aren’t found in any other nations outside zoos. In the massive bushfires sweeping the country, Australia’s wildlife is helpless and populations are being devastated. Some ... END_OF_DOCUMENT_TOKEN_TO_BE_REPLACED 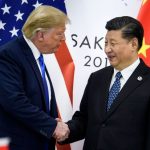 Liu He sign trade deal on January 13th-15th (Details). Reuters is out with the confirmation from the Chinese Commerce Ministry, as it officially announces on Thursday that the country’s Vice Premier Liu He will go to Washington to sign Phase One trade deal on January 13th-15th. Both sides remain in close communication on particular arrangements on signing, the Ministry said. ... END_OF_DOCUMENT_TOKEN_TO_BE_REPLACED 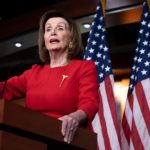 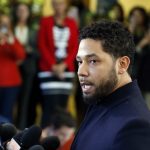 Judge Google Smollett, Must Turn Over Actor Smollett’s Emails. Google has been ordered to turn over a year’s worth of Jussie Smollett’s emails, private messages, photographs and location data to a prosecutor investigating the dismissal of his criminal charges over an alleged attack early last year. The Chicago Tribune reported that it obtained two search warrants submitted by special prosecutor ... END_OF_DOCUMENT_TOKEN_TO_BE_REPLACED 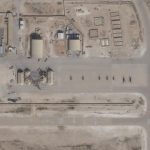 FBI Iranian terror threat, Prepare For the Worst From Iran Cyber Attacks. With the risk of Iranian cyber attacks high enough for the Department of Homeland Security and the FBI to issue a warning, experts say the US government and the private sector must accept their sites will go down and be prepared to hit restart. “I’m going to tell ... END_OF_DOCUMENT_TOKEN_TO_BE_REPLACED 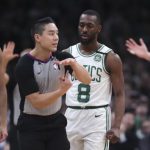 Fan arrest Boston Celtics game, fan banned from NBA arenas. The Boston Celtics announced that the fan who threw a drink on the court during Wednesday’s loss to the San Antonio Spurs was arrested. In the third quarter, Kemba Walker was ejected as the Celtics attempted to rally back from a 20-point deficit for arguing with an official about what ... END_OF_DOCUMENT_TOKEN_TO_BE_REPLACED 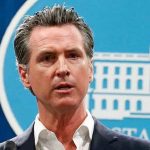 Gavin Newsom homeless crisis, Governor Targets Homeless Crisis in Budget. Citing the need to act quickly to get homeless Californians off the streets, Gov. Gavin Newsom will ask lawmakers this week to allocate more than $1.4 billion to a variety of local and state-run efforts, with much of the money earmarked as subsidies for immediate housing and community healthcare services. ... END_OF_DOCUMENT_TOKEN_TO_BE_REPLACED 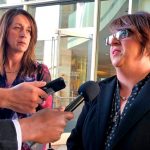 Fast Furious shooting sentence Wednesday to life in prison. U.S. District Judge David C. Bury sentenced Heraclio Osorio-Arellanes to the mandatory life sentence after hearing tearful statements from the sisters of Brian Terry, the agent who was fatally shot while on a mission in Arizona on Dec. 14, 2010. Osorio-Arellanes is one of seven defendants who were charged in the ... END_OF_DOCUMENT_TOKEN_TO_BE_REPLACED 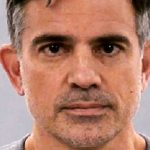 Fotis Dulos out on bail, Jennifer Dulos’ estranged husband, charged. Fotis Dulos will not be out on bail Wednesday after being arrested Tuesday of murder charges in the death of his estranged wife, Jennifer Dulos, because of a paperwork issue, according to an attorney. Fotis Dulos, his girlfriend and a local attorney appeared in court Wednesday morning for murder-related charges ... END_OF_DOCUMENT_TOKEN_TO_BE_REPLACED 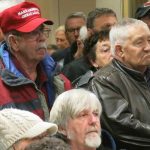 Trump refugee resettlement limit, resettled within their borders. The Beltrami County Board of Commissioners voted Tuesday night to prohibit refugees from resettling in the area — making it the first county in the state, and possibly among the first the nation, to expressly prohibit resettlement. Only 2 of the county’s 5 commissioners voted to allow refugees. Spurred by a presidential ... END_OF_DOCUMENT_TOKEN_TO_BE_REPLACED 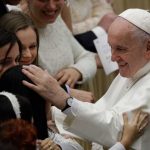 Pope Francis kisses nun, Pope Negotiates Papal Kiss After Controversy. Pope Francis cautiously waded back into the crowds on Wednesday after video of him swatting away the hand of a pilgrim who grabbed him went viral and sparked a papal apology. Francis gingerly agreed to a nun’s request for a kiss on the cheek, but said he would only approach ... END_OF_DOCUMENT_TOKEN_TO_BE_REPLACED