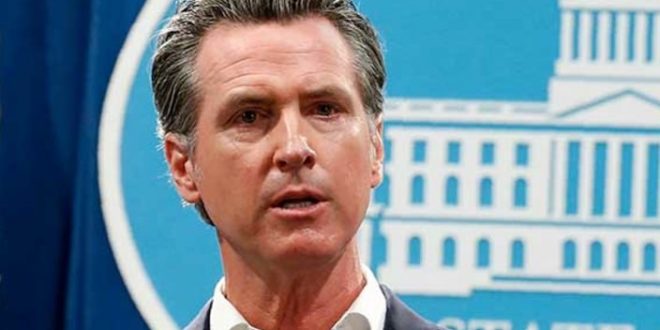 Citing the need to act quickly to get homeless Californians off the streets, Gov. Gavin Newsom will ask lawmakers this week to allocate more than $1.4 billion to a variety of local and state-run efforts, with much of the money earmarked as subsidies for immediate housing and community healthcare services.

The proposal, included in the new state budget Newsom will send to the Legislature on Friday, marks another major push to send state taxpayer dollars to local communities struggling with a growing crisis that has drawn national attention and has few easy solutions. How fast efforts in Los Angeles and other cities receive the money depends on how quickly legislators consider the governor’s plan, though funds allocated during the annual budget process are generally available on July 1.

Newsom also plans to embrace a permanent change to boost homelessness assistance that could include a November statewide ballot measure to rework the rules of the tax on millionaires imposed by voters in 2004, money that now is directed to programs first aimed at mental health. A fact sheet provided by his office calls for a full proposal to be crafted by this spring outlining how to revamp the existing law, Proposition 63. Critics have pointed out that provisions of the existing law have stymied spending where it’s needed most.

“Homelessness is a national crisis, one that’s spreading across the West Coast and cities across the country,” Newsom said in a statement. “The state of California is treating it as a real emergency — because it is one. Californians are demanding that all levels of government — federal, state and local — do more to get people off the streets and into services — whether that’s emergency housing, mental health services, substance abuse treatment or all of the above.”

Most of the money — $750 million — will be distributed directly to local providers by the state Department of Social Services. The governor’s administration expects the money will be used for monthly rent payments, securing additional housing units and to assist facilities that provide board and care to those who otherwise would be left to live on the streets. But administration officials said there will be no specific allocations to those efforts, instead offering flexibility to needs identified in individual communities.

The money would come from the state’s general fund, made possible by what is expected to be another year of better-than-expected tax revenue collections. Newsom will also ask philanthropic organizations and private sector groups to make donations to the effort, according to the governor’s office.

There could be significant competition for portions of the $750-million fund. Advocates for board and care homes recently asked Newsom to commit $500 million to more than double the current rate that provides the licensed facilities just under $1,100 per month to provide lodging, three meals per day, housekeeping and medication management. On Tuesday, the Los Angeles County Board of Supervisors joined the Steinberg Institute and the California County Behavioral Health Directors Assn. in calling for the allocation.

Meanwhile, Los Angeles Mayor Eric Garcetti and advocates for the homeless are looking to the state for housing construction dollars. Speaking Monday at the opening of a project funded by Los Angeles’ Proposition HHH homeless housing bond, Garcetti acknowledged that the $1.2-billion program will not build enough housing and called on the state to pitch in more, without specifying a specific amount.

Rental subsidies generally come through the federal Section 8 housing voucher program. But extreme shortages of the vouchers, which are available to only about 1 in 4 of those eligible, have led Los Angeles County to create a subsidy fund using local tax dollars. The subsidies require a long-term commitment that grows cumulatively as more are issued.

The additional dollars to be spent through the Medi-Cal program, California’s taxpayer-funded healthcare for the poor, would come from both state and federal government sources. The governor’s office did not provide full details of the Medi-Cal proposal, but the effort appears to be in line with recommendations made in October to refocus many of the state’s healthcare efforts on so-called whole-person care, which takes into account social conditions that affect a person’s well-being. For those who are homeless, that would include help finding adequate housing and financial assistance with the care needed to recuperate from living in unsheltered environments. The governor’s budget proposal would also restructure county-managed behavioral health programs so that the services more closely resemble those offered by other healthcare providers.

Not all of Newsom’s new effort to address California’s homelessness crisis requires legislative action. The governor is expected to sign an executive order on Wednesday calling on state agencies and departments to assist in finding options for temporary shelter. Those could include identifying available property near state roads and highways, decommissioned hospitals and healthcare facilities, and local fairgrounds in communities where the homelessness problem is most dire. Newsom will also order the state Department of General Services to supply 100 travel trailers from the state’s fleet, as well as additional “modular tent structures” to provide temporary health and social services.

“As California creates and funds these new resources, we must also ensure those who are on the front lines providing services have the tools to ensure the populations most in need of treatment get it,” the governor said in a statement.

Web articles – via partners/network co-ordinators. This website and its contents are the exclusive property of ANGA Media Corporation . We appreciate your feedback and respond to every request. Please fill in the form or send us email to: [email protected]
Previous: Fast Furious shooting sentence Wednesday to life in prison
Next: Chinese paddlefish extinct, giant species has been declared extinct