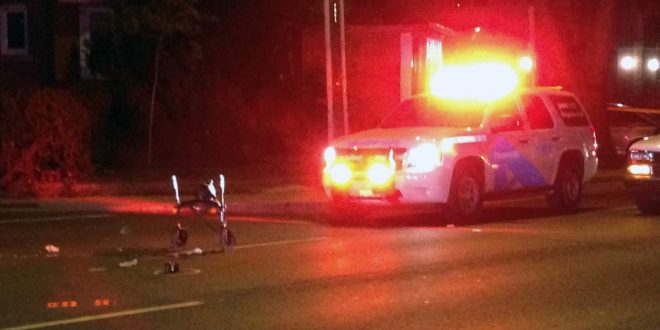 A woman is dead after being struck by a vehicle while crossing the street using a walker in the city’s east end.

According to police, the collision occurred in the area of Broadview and Mortimer avenues around 8 p.m.

Emergency responders rushed the victim to a downtown trauma centre, where she was pronounced dead.

Police initially reported that the woman, who was in her sixties, was in a wheelchair. However, images from the scene showed a walker in the middle of the roadway, in between the police tape blocking off the area.

Later in a tweet, police confirmed it was a walker.

Roads are closed in the area to accommodate a police investigation.

Update: the woman has been pronounced dead in hospital. Expect road closures on Broadview Ave for an extensive period tonight.^adc

Web articles – via partners/network co-ordinators. This website and its contents are the exclusive property of ANGA Media Corporation . We appreciate your feedback and respond to every request. Please fill in the form or send us email to: [email protected]
Previous: Researchers decode butterfly pattern secret
Next: Beelzebufo: Giant frogs capable of eating dinosaurs