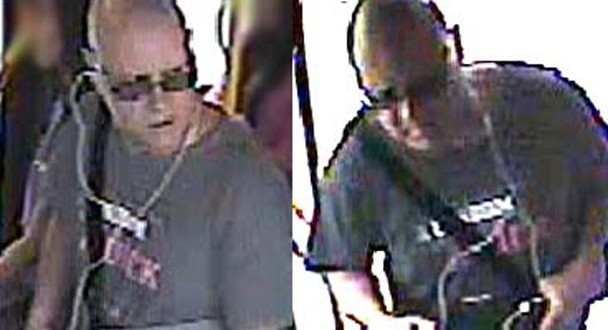 Winnipeg police have released photos of a man they say randomly attacked a mother who was driving with her young children.

According to police, a 29-year-old woman was driving with her kids near Notre Dame Avenue and Dublin Avenue around noon on July 2.

When she was stopped, a stranger came up to the passenger side of her van and started punching the window – damaging the van in the process.

Police said the kids started screaming, and the woman was able to get away.

The man was last seen getting on a Winnipeg Transit bus.

Now, police are looking for him. He looks to be about 40 years old, is bald and was wearing black sunglasses and white headphones when the incident occurred.

Web articles – via partners/network co-ordinators. This website and its contents are the exclusive property of ANGA Media Corporation . We appreciate your feedback and respond to every request. Please fill in the form or send us email to: [email protected]
Previous: Scary Looking Fish : Researchers discover a new deep-sea fish species ‘Photo’
Next: Chris Hyndman: Star Of “Steven and Chris,” found dead in Toronto alley