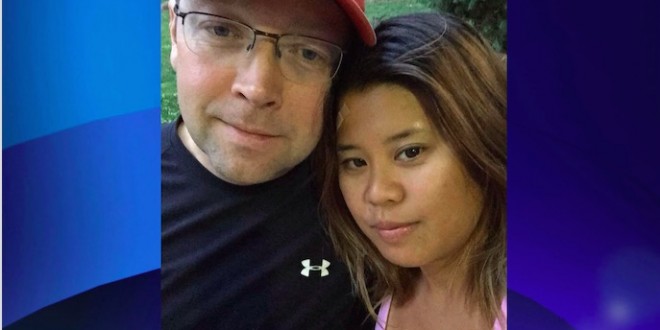 Toronto police believe the deaths of two people who fell from a highrise on Sunday was a case of murder-suicide.

The couple was found on the ground in the parking lot outside their apartment building at 111 Raglan Ave., in the St. Clair Ave. W. and Bathurst St. area, around 5:55 p.m. Sunday.

An autopsy showed Charbonneau had been stabbed multiple times but her cause of death was “impact injuries” from the fall.

Giblin was a member of the Canadian Forces, joining the military in 1997. He deployed on HMCS Regina in 2003 and to Afghanistan in 2005 and 2007. He was also an intelligence operator and was with Joint Task Force Central based out of Denison Armoury in Toronto, the Department of National Defence confirmed.

“The loss of any soldier is devastating to the military community and our thoughts and condolences go out to Sgt. Robert Giblin’s family and friends,” spokesman Lonny Kates said in a statement.

“As this death did not take place on DND property and is currently under investigation by the Toronto Police, we cannot offer any further information.” 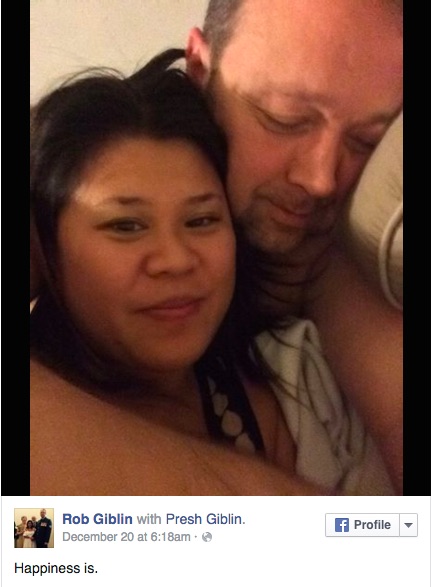 Hours before the incident, the couple posted what seemed to be normal occurrences about their daily lives on Facebook. At 1:18 a.m. on Sunday, Giblin posted a photo of him and his wife writing “Happiness is.”

Web articles – via partners/network co-ordinators. This website and its contents are the exclusive property of ANGA Media Corporation . We appreciate your feedback and respond to every request. Please fill in the form or send us email to: [email protected]
Previous: RCMP seek man found sleeping in wrong home
Next: Obama joins Seinfeld on ‘Comedians in Cars Getting Coffee’ (Video)