The “First Recorded” Evidence Of Big Foot Is 50 Year Old 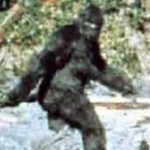 Do Aliens exist? What about the Lock Ness Monster? 50 years ago two guys were “strolling through the forest” and caught video evidence of Bigfoot. IT lasts for only 59.5 seconds – but the Patterson-Gimlin film is one of the most infamous and heavily scrutinised works ever produced. The year was 1967, and two cowboys from Washington’s apple country were ... END_OF_DOCUMENT_TOKEN_TO_BE_REPLACED 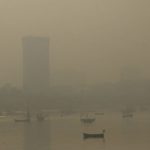 Pollution causes 16 per cent of all deaths around the globe, according to a Lancet-commissioned study that is the first to analyze together the impact of air, water and soil pollution. A new research authored by more than 40 international health and environmental experts, examined how pollution is linked to disease and death. Researchers estimated that pollution was behind nine ... END_OF_DOCUMENT_TOKEN_TO_BE_REPLACED 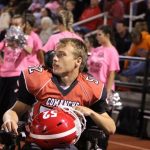 An Oklahoma high school football team rallied around a player on the opponent team, who was in a wheelchair, and let him score a touchdown. A video taken at last night’s Comanche Indians high school football game is catching quite a bit of attention online because it was one very special moment for a senior who got to take the ... END_OF_DOCUMENT_TOKEN_TO_BE_REPLACED 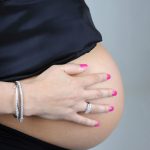 The idea that lying down while giving birth is a bad thing has been challenged by researchers. Women are often told to stay active in labour or adopt upright positions to prevent slowing down delivery, ease pain and reduce the chance of needing intervention such as forceps. But a new study has found that women are actually more likely to ... END_OF_DOCUMENT_TOKEN_TO_BE_REPLACED 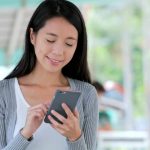 Teens’ increased use of electronic devices linked to rise in insufficient sleep. New research from Zlatan Krizan, an Iowa State University associate professor of psychology; and Jean Twenge, lead author and San Diego State University professor, found teens who spend more than two hours a day on their smartphones get fewer than seven hours of sleep each night. The research, ... END_OF_DOCUMENT_TOKEN_TO_BE_REPLACED 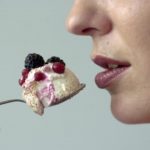 Scientists have determined that up to 16 weeks of intermittent fasting without calorie counting can help fight obesity and metabolic diseases. Intermittent fasting in mice helped to kick-start the animals’ metabolism and to burn fat by generating body heat. The research team was led by Hoon-Ki Sung of The Hospital for Sick Children in Ontario, Canada. Study has shown that ... END_OF_DOCUMENT_TOKEN_TO_BE_REPLACED 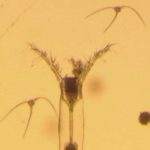 A new species of monstrilloid copepod, Monstrillopsis planifrons sp. n., is described from an adult female that was collected beneath snow-covered sea ice during the 2014 Ice Covered Ecosystem – CAMbridge bay Process Study (ICE-CAMPS) in Dease Strait of the Canadian Arctic Archipelago. Aurelie Delaforge did not purposefully seek this monster out in Cambridge Bay, Nunavut. But she found it, ... END_OF_DOCUMENT_TOKEN_TO_BE_REPLACED 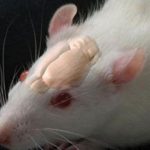 Adult male mice have a simple repertoire of innate, or instinctive, social behaviors: When encountering a female, a male mouse will try to mate with it, and when encountering another male, the mouse will attack. The animals do not have to be taught to perform these behaviors. This has led to the widespread presumption among neuroscientists that the brain circuits ... END_OF_DOCUMENT_TOKEN_TO_BE_REPLACED 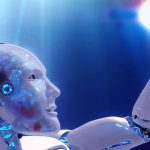 Scientists from Caltech and the University of Southern California (USC) have employed quantum-compatible machine learning techniques to extract a rare Higgs boson signal from copious noise data. Despite the central role of physics in quantum computing, until now, no problem of interest for physics researchers has been resolved by quantum computing techniques. In this new work, the researchers successfully extracted ... END_OF_DOCUMENT_TOKEN_TO_BE_REPLACED 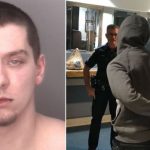 Sweet Surrender: Detroit-area man arrested with a dozen doughnuts for police. The fugitive with the alias “Champagne Torino” promised on Facebook for all the world to see: He’d turn himself in to police in suburban Detroit if the cops’ post of his “wanted” photo got 1,000 shares. Responding to Redford Township police, the man posted: ”I’m not worried about it ... END_OF_DOCUMENT_TOKEN_TO_BE_REPLACED 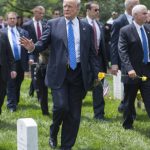 Grieving Gold Star Father Says Trump Offered Him $25,000 In A Call, But Never Followed Through. Chris Baldridge, the father of Army Cpl. Dillon Baldridge, told The Washington Post that Trump called him at his home in Zebulon, N.C., a few weeks after his 22-year-old son and two fellow soldiers were gunned down by an Afghan police officer in a ... END_OF_DOCUMENT_TOKEN_TO_BE_REPLACED