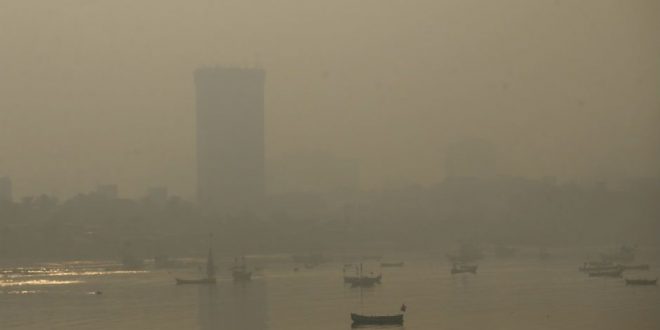 Pollution causes 16 per cent of all deaths around the globe, according to a Lancet-commissioned study that is the first to analyze together the impact of air, water and soil pollution.

A new research authored by more than 40 international health and environmental experts, examined how pollution is linked to disease and death. Researchers estimated that pollution was behind nine million premature deaths across the world in 2015.

Scientists say pollution has a “severe and underreported” impact on our health, contributing in a major way to disease across the globe. According to Time, the research found that air pollution was linked to 6.5 million deaths in 2015, while water pollution was behind 1.8 million deaths. Workplace pollution was linked to nearly one million deaths, Time reported. Time also points out that “pollution” isn’t likely the official cause of death in many of these cases, but is a contributing factor leading to those deaths — for example, heart disease and cancer are pollution-linked diseases, and those were responsible for three times the number of deaths from AIDS, tuberculosis and malaria combined.

Researchers hope the revelations will lead to cutting down on pollution becoming a priority in both policy and practice across the world.

“I hope that the people who are looking to set agendas for development are paying some attention,” report leader Richard Fuller told Time. “I hope they have a wake-up call.”

Web articles – via partners/network co-ordinators. This website and its contents are the exclusive property of ANGA Media Corporation . We appreciate your feedback and respond to every request. Please fill in the form or send us email to: [email protected]
Previous: Oklahoma: Comanche senior scores 65-yard touchdown in a wheelchair
Next: The “First Recorded” Evidence Of Big Foot Is 50 Year Old