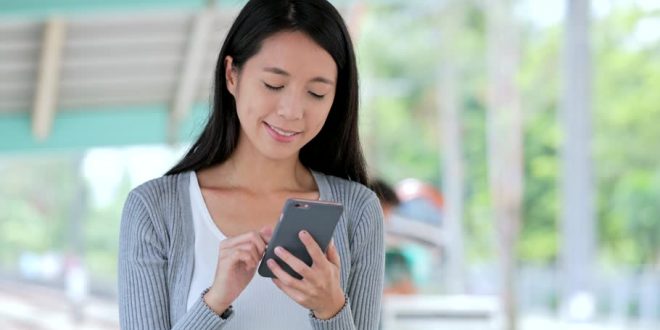 Teens’ increased use of electronic devices linked to rise in insufficient sleep.

New research from Zlatan Krizan, an Iowa State University associate professor of psychology; and Jean Twenge, lead author and San Diego State University professor, found teens who spend more than two hours a day on their smartphones get fewer than seven hours of sleep each night. The research, published in the journal Sleep Medicine, is the strongest evidence to date that teens’ increased use of electronic devices in recent years is responsible for similar rises in insufficient sleep.

Researchers analyzed data from two national surveys of more than 360,000 teens, focusing specifically on changes in sleep and smartphone use from 2009 to 2015. They noted an abrupt change in teens’ sleep habits around 2012, the same time smartphones became more prevalent. According to the study, as time spent on smartphones increased, so did the percentage of teens getting insufficient sleep:

Insufficient sleep is one of the many health consequences stemming from an increased dependency on technology, Krizan said. This is especially concerning for teens who are not getting the recommended nine hours of sleep each night.

“Our body is going to try to meet its sleep needs, which means sleep is going to interfere or shove its nose in other spheres of our lives,” Krizan said. “Teens may catch up with naps on the weekend or they may start falling asleep at school.”

Establishing good sleep habits and setting smartphone limits at an early age helps promote responsible use later in life. Twenge, author of the book “iGen,” says this study illustrates the need for moderation, particularly for generations of teens now growing up with smartphones.

“Given the importance of sleep for physical and mental health, both teens and adults should consider whether their smartphone use is interfering with their sleep. It’s particularly important not to use screen devices right before bed, as they might interfere with falling asleep,” Twenge said.

While personal responsibility is an important component, Krizan says that alone is not enough to reverse the trend. It is a complicated issue because smartphones are beneficial for work, staying connected with family and even for emergency notifications, such as Amber Alerts. Electronic devices are so intertwined with our daily activities that if we’re not on our phone, it is always close by.

Unlike other public health concerns, government or social interventions have a limited reach in addressing this issue, Krizan said. Schools have implemented policies and rules regarding smartphone use during class, but parents bear much of the responsibility to restrict use for teens, especially late at night. However, Krizan notes that effective change often comes from social institutions. That is why he says technology companies must be part of the solution.

“The way tech companies develop these algorithms is like making a drug,” Krizan said. “The software developers want you to make sure you never put your smartphone down. They want you to check in constantly and to like and click as many times as possible. That’s why we get alerts and notifications, all of which make it more and more difficult to put the device down.”

Krizan says we are unlikely to change our behavior without tech companies giving control back to the user. Facebook and Twitter have created social rewards that drive us to check and see if someone liked one of our tweets or shared a photo we posted, he said.

“It’s a temptation that is always there. It is like having a bottle of whiskey in your pocket at all times if you’re an alcoholic. It is your choice whether to drink it or not, sure, but the temptation is always there,” Krizan said. “You may think you’re in control of your smartphone use, but are you? If you are always checking it, then your phone is controlling your behavior. It’s the drug of the 21st century.”

Creating a culture without active alerts and protected times when our smartphones are silent will not happen overnight, but Krizan says such steps are likely to have the greatest effect.

Web articles – via partners/network co-ordinators. This website and its contents are the exclusive property of ANGA Media Corporation . We appreciate your feedback and respond to every request. Please fill in the form or send us email to: [email protected]
Previous: Intermittent fasting may help fight obesity, says new research
Next: Research challenges view that women should stay upright during labour