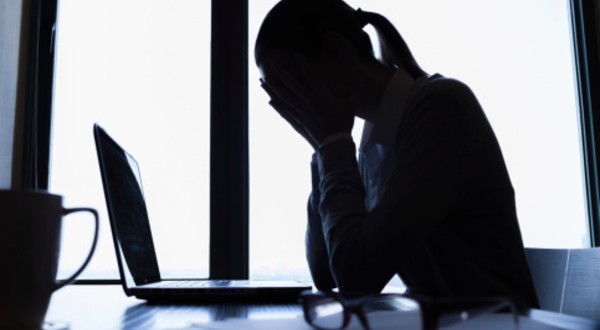 More than half of workers with depression do not seek treatment, according to a recent study.

The study, published in the Journal of Occupational and Environmental Medicine, investigated barriers to mental health care experienced by workers and the resulting impact on productivity. As many as 40 per cent of participants were experiencing significant depressive symptoms and, of that group, 52.8 per cent did not recognize a need to seek help. Similar rates have also been observed in population studies in the United States and Australia.

“Our results suggest that a significant number of workers who are experiencing symptoms of depression do not recognize they could benefit from help, and so do not seek it,” says Dr. Carolyn Dewa, head of CAMH’s Centre for Research on Employment and Workplace Health and lead author of the study. “This barrier has a significant impact on health and work productivity, and is an area where employers can focus efforts to reduce work productivity loss.”

The findings are based on responses from 2,219 Ontario adults who completed either a telephone questionnaire or a web-based survey. Participants were between 18-65 years old and had been in the workforce during the preceding 12 months.

As part of the study, researchers also developed a model to help employers identify key barriers to treatment. Strategies could be targeted to these barriers to increase the use of mental health services among workers with symptoms of depression. Dr. Dewa and her team calculated that by removing the barrier caused by the unrecognized need for treatment, there would be a 33 per cent decrease in work productivity loss.

“It’s important for employers to know where to start when it comes to tackling productivity loss related to untreated depression,” says Dr. Dewa. “Our study suggests that helping workers understand when they should be seeking help would significantly boost work productivity.”

In addition to treatment need, researches also assessed attitudinal and structural barriers to accessing mental health services. Attitudinal barriers include stigma of mental illness and belief that treatment is ineffective.

Structural barriers include financial limitations and difficulty accessing appropriate mental health care. When all three types of barriers were removed, researchers found that loss of work productivity would be reduced by nearly 50 per cent.

“Improving recognition for treatment is not the only opportunity for employers,” says Dr. Dewa. “The most effective workplace mental health strategies will acknowledge the complexity of the problem and address all aspects in a comprehensive way.”

Web articles – via partners/network co-ordinators. This website and its contents are the exclusive property of ANGA Media Corporation . We appreciate your feedback and respond to every request. Please fill in the form or send us email to: [email protected]
Previous: Ancient Mars had great lakes and rivers, scientists say
Next: Playmobil dark-skinned doll wearing ‘slave collar’ ignites outrage “Video”