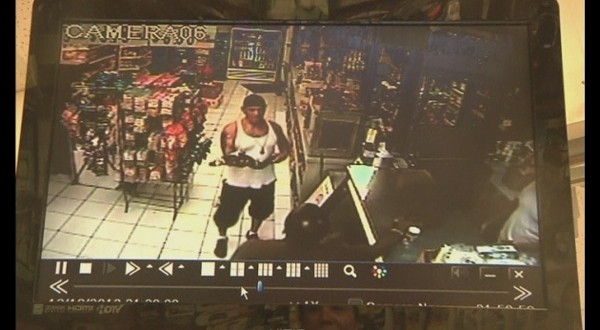 US man tries to trade 4ft alligator for beer

US man tries to trade 4ft alligator for beer (VIDEO)

In South Florida, a man tried to trade a 4 ft alligator for a case of beer yesterday.

Wildlife authorities say the man took the animal from a park.

It’s not clear why he thought the store clerk would accept the animal as payment.

A customer called police and the suspect was arrested.

“I think that is so stupid. He came here to trade an alligator for a beer,” said Evelyn Siderman. “What is he thinking?”

It is pretty obvious what he is thinking. Aguilera is serious and bargaining hard.

The bottom line: the gator for a 12 pack — no brand specified.

It probably sounded like a fair trade for the guy trying to peddle the gator for beer, but the store owner says no way. “I have never experienced anything like this in 25 years of law enforcement,” said Officer Jorge Pino. “I am glad it worked out the way it did. The store owner had the common sense to refuse that barter, contacted authorities, and we returned the gator to its natural habitat.”

It’s against the law to harass, feed or touch alligators. Aguilera now knows you can’t trade them for beer, as well.

Web articles – via partners/network co-ordinators. This website and its contents are the exclusive property of ANGA Media Corporation . We appreciate your feedback and respond to every request. Please fill in the form or send us email to: [email protected]
Previous: ‘Dawn of the Planet of the Apes’ trailer debuts (VIDEO)
Next: Most affordable places to retire abroad in