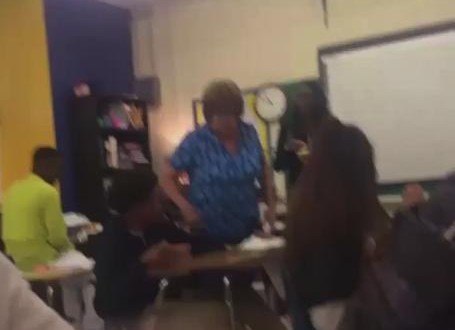 A Texas high school teacher was arrested Friday after a video surfaced online that shows her repeatedly striking a student in the head.

According to WFAA, Jefferson County Sheriff’s Office deputies confirmed that Mary Hastings, a teacher at Ozen High School was arrested on an assault charge.

Beaumont ISD released a statement saying the conduct was substantiated by video viewed by police and administrators.

The video, which was posted to Twitter on Friday, appears to show Hastings repeatedly slapping a student in the back of the head then mocking him. She also calls the student an “idiot ass” in the video.

The teacher was immediately removed from the classroom and placed on administrative leave pending action on her contract, according to the statement.

Web articles – via partners/network co-ordinators. This website and its contents are the exclusive property of ANGA Media Corporation . We appreciate your feedback and respond to every request. Please fill in the form or send us email to: [email protected]
Previous: Doris Burke shows off her handles while wearing heels ‘Video’
Next: Genetic ‘superheroes’ study may save lives, Report