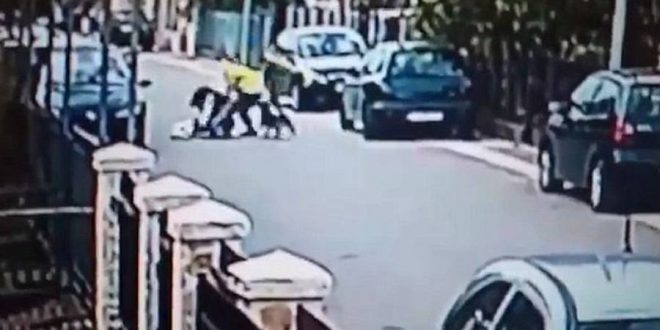 Don’t lose heart when you are in a difficult situation: help may come unexpectedly.

The astonishing CCTV footage has been shared thousands of times online after it was posted on Facebook earlier this week.

It shows a thug in a bright yellow jacket approach a women from behind, before attempting to grab her bag.

The man wrestles the innocent woman to the ground as he tries to make off with her belongings.

However the dog, who is keeping a watchful eye nearby, quickly intervenes.

The four-legged friend rushes towards the man, leaping up at him before chasing him down the street as he races off empty handed.

“Not all heroes wear capes, some have paws and sharp teeth. What a good doggo!”

It is not known where the incident happened.

Web articles – via partners/network co-ordinators. This website and its contents are the exclusive property of ANGA Media Corporation . We appreciate your feedback and respond to every request. Please fill in the form or send us email to: [email protected]
Previous: 44 arrests made near Quebec City nationalist protests
Next: Shark attacks man on Pebble Beach (Video)