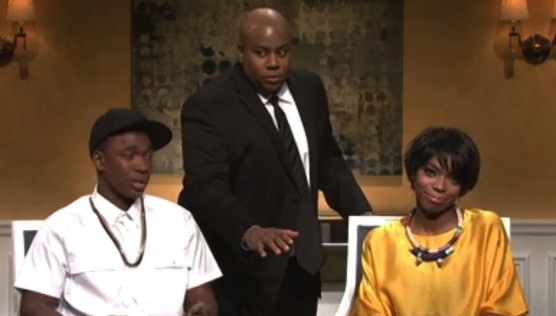 “Saturday Night Live” opened its season finale with a sketch about the now-infamous elevator fight between Jay Z and Solange Knowles … as Beyonce just watched from the sidelines.

The sketch started out with Jay (played by Jay Pharoah) and Solange (played by Sasheer Zamata) opening up about the fight and how they have moved on. They then played a new version of the leaked elevator video in which new audio was placed on it.

Web articles – via partners/network co-ordinators. This website and its contents are the exclusive property of ANGA Media Corporation . We appreciate your feedback and respond to every request. Please fill in the form or send us email to: [email protected]
Previous: Young MLB fan’s smooth move (Video)
Next: 3 charged in Turkey Mine Disaster, Report