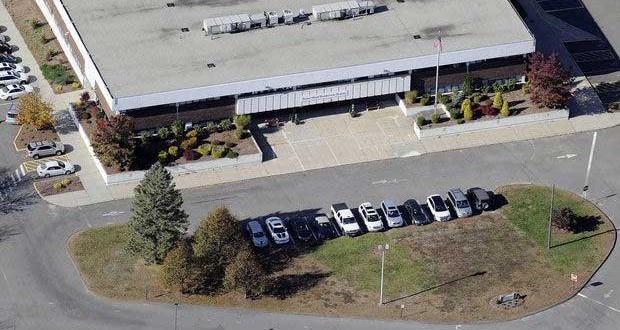 Sandy Hook Elementary School in Monroe, Connecticut, was evacuated Wednesday morning because of a bomb threat, according to several media reports.

The threat was called in to the school in Monroe at about 9.30am, Lieutenant Brian McCauley said.

Students were evacuated and taken to a nearby school where they were be reunited with their parents.

Lt McCauley said the school building and grounds were checked and no evidence of danger was found.

Investigators are trying to track down the origin of the threat, he said.

The town of Monroe opened the school to students and teachers from neighbouring Newtown after a gunman shot and killed 20 children and six adults at Sandy Hook Elementary in December 2012.

The parent of one child killed in that attack praised the quick response to Wednesday’s threat.

“We are first grateful to hear that all children and staff were physically unharmed,” Jimmy Greene told the Connecticut Post.

“I am thankful for the quick response and transparent communication of the superintendent and the staff of Newtown Public Schools.”

Mr Greene added that the threat “clearly indicates the need to reach those people who choose to commit such cruel and thoughtless acts”.

The Newtown school was demolished in October 2013.

Web articles – via partners/network co-ordinators. This website and its contents are the exclusive property of ANGA Media Corporation . We appreciate your feedback and respond to every request. Please fill in the form or send us email to: [email protected]
Previous: Child Dies From Enterovirus D68, Report
Next: Girl Sabrina Allen missing for 12 years located in Mexico