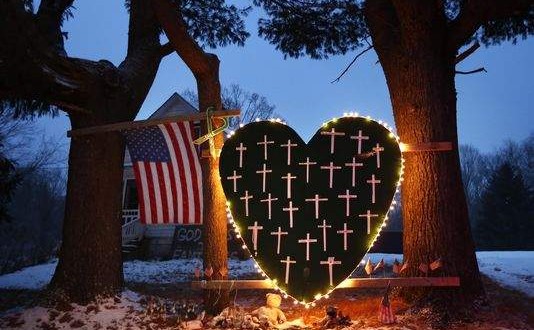 The co-founder of a charity founded after the deadly Sandy Hook shootings has made a shocking discovery.
“A charity formed for victims of Sandy Hook says the group is missing $70,000.”
According to Sky News, one of the co-founders of the 26.4.26 Foundation, Ryan Graney, says only about $30,000 of the $103,000 collected during a marathon had been used.

“I am in tears, sick about this,” co-founder Ryan Graney told the AP this week. She said her suspicions were raised last spring when she noticed charges for paddle boards in the foundation’s PayPal account, then saw photos of a paddle board in Bruce’s truck on Instagram.

“Due to the founders transgressions and misconduct we were forced to end all ability for 26.4.26 to collect money … Especially after it was revealed that foundation money was spent on personal items,” the group wrote on its Facebook page on Dec. 20.

Over the past year, the foundation received national attention for its efforts. In a Tenneseean profile, Bruce said he got the idea for a marathon-based fund for Newtown while scrolling through posts from runners on Facebook.

“You think you have a great idea, you really hope people do it, but you don’t believe it until you actually see it,” he said. “Never in my life have I seen anything like what happened over those five days.”

Web articles – via partners/network co-ordinators. This website and its contents are the exclusive property of ANGA Media Corporation . We appreciate your feedback and respond to every request. Please fill in the form or send us email to: [email protected]
Previous: Razzie Awards : Salma Hayek And Sofia Vergara Nominated (Full List)
Next: ‘Girls’ star Lena Dunham Questioned About Nudity On GIRLS, Again