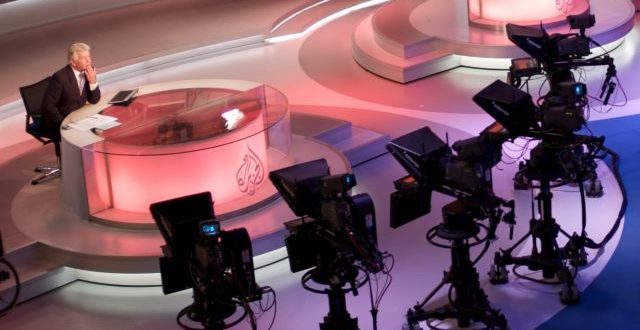 Arabic news channel Al Jazeera was hit by a cyber attack ‘on all systems’, the broadcaster said today.

The news comes during renewed tensions and a diplomatic crisis throughout the greater region, and after an alleged hack against the Qatar News Agency (QNA), Qatar’s state-run news agency.

In a brief, developing article, Al Jazeera claimed that “these attempts are gaining intensity and taking various forms. However, the platforms have not been compromised.” The outlet did not provide any more details on what these alleged attacks entail.

Two out of three of Al Jazeera's primary name servers appear to be unresponsive to DNS, which would suggest that something is wrong. pic.twitter.com/02k0mvWpCr

Giles Trendle, the acting managing director of Al Jazeera English, previously told the BBC that the current crisis in Qatar “represents a new challenge and new circumstances” for the outlet. (In 2012 hackers defaced a number of Al Jazeera websites.)

In another incident last month, hackers targeted the QNA and posted false statements from the organization’s Twitter account as well as on a rolling ticker on the station’s coverage. The statements were attributed to the country’s leader, the Sheikh Tamim bin Hamad Al Thani, and were positive towards Iran and Israel. These messages seemingly contributed to a crisis among Qatar and neighboring countries such as Saudi Arabia and the United Arab Emirates.

Anonymous US officials told CNN that the FBI believes Russian hackers are behind the hack, although that does not necessarily mean that the Russian government itself was involved.

According to sources who spoke to Motherboard, the hack of QNA itself was not technically sophisticated.

As part of the continued diplomatic fallout, citizens of the United Arab Emirates can now be jailed for 15 years for ‘liking’ Qatar on social media.

Web articles – via partners/network co-ordinators. This website and its contents are the exclusive property of ANGA Media Corporation . We appreciate your feedback and respond to every request. Please fill in the form or send us email to: [email protected]
Previous: Shocking Video: Live donkey thrown to feed tigers in Chinese zoo
Next: 300000-Year-Old Homo Sapiens Fossils Uncovered in Morocco