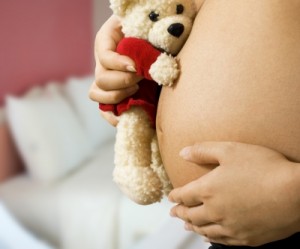 American women are having fewer kids

New numbers out from the Centers for Disease Control and Prevention reveal that fewer women in the United States are having children.

“After a brief increase in 2006 and 2007, the ongoing declines in the number and rate of pregnancies continued,” the report said.

A variety of social and economic factors affect the nation’s reproductive rates, researchers said. “It has been suggested that the declining economy, beginning in 2007, has likely played a role in the decreased rates for women under age 40,” they added.

Researchers analyzed three data sets, including information from one of CDC’s ongoing national surveys. That survey found that fewer teens say they are sexually active and that those who do have sex say they are more likely to use contraception.

The pregnancy rate does not directly correlate with the nation’s birth rate.

Of the estimated 6.4 million pregnancies in 2009, more than 4.1 million resulted in live births and about 1 million deaths, the CDC said. There were also nearly 1.2 million abortions.

A separate CDC report, also released on Thursday, showed U.S. births for the year ended in June 2013 at about 3.9 million, a decline from 2007, when the number reached a historic high of more than 4.3 million.

Researchers said they needed more current data on the nation’s abortion rate to see whether pregnancy rates have also leveled off.

Web articles – via partners/network co-ordinators. This website and its contents are the exclusive property of ANGA Media Corporation . We appreciate your feedback and respond to every request. Please fill in the form or send us email to: [email protected]
Previous: Vitamin D linked to cognitive health, Study
Next: Property owners funding Lake Union clean-up project in America