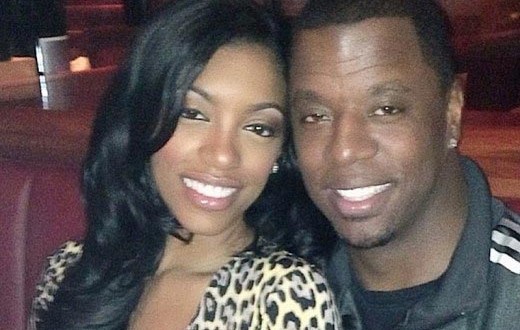 Porsha Stewart is truly a single woman now that her divorce from Kordell Stewart has been finalized.

After months of messiness, Porsha’s sudden and shocking split from Kordell has been wrapped up. TMZ.com reports that Porsha and Kordell’s divorce has been finalized, effectively ending their two-and-a-half year marriage.

The former NFL player’s lawyer, Shiel Edlin, said that Kordell is “very disappointed” that things didn’t work out with Porsha because he expected to be with her for the rest of his life. Porsha was equally devastated when she found out that he wanted a divorce just as season 5 of “RHOA” was wrapping up back in March.

In the press release, Edlin wrote in part:

As a single dad, Kordell wanted to put his best foot forward by doing what was right in the interest of Syre [his son prior to his marriage to Porsha.] However, the lack of truthfulness by Porsha during the divorce process has been very confusing and hurtful to Kordell and his son…

Porsha will now have the life she so desperately desires. We are also hopeful that Porsha will stop vilifying Kordell at every opportunity. For reasons we cannot understand, she displayed reckless abandonment of anything close to the truth over the last eight months.

Kordell is very encouraged that Porsha will not continue to use his last name, Stewart. She previously stated she was keeping Kordell’s last name, which made Kordell very concerned about the damage it could cause. However, she reconsidered and decided to restore her maiden name Williams. Kordell now believes he can restore the Stewart name and brand, for which it has been known through many generations, one of character, integrity, honesty and truthfullness.

I have reached out to Porsha’s lawyer Randy Kessler as well. He said Porsha has declined to comment or even release a statement.

“The Real Housewives of Atlanta” has had its best ratings ever this season, averaging more than 3.3 million viewers per week in overnight numbers.

Web articles – via partners/network co-ordinators. This website and its contents are the exclusive property of ANGA Media Corporation . We appreciate your feedback and respond to every request. Please fill in the form or send us email to: [email protected]
Previous: Paul Walker’s Engagement Ring Gift : The Couple Opens Up (VIDEO)
Next: Happy Meal : Couple order McDonald’s breakfast, get served bag of cash