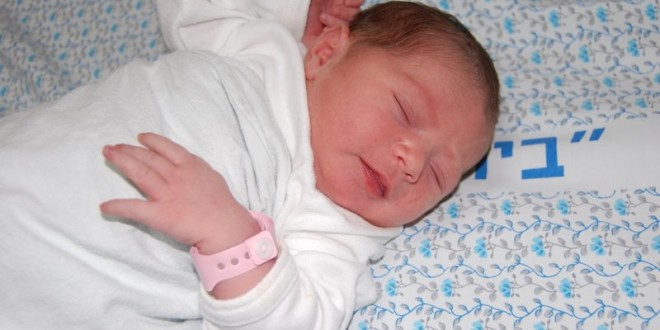 “There is a small risk of serious complications that are best dealt with in hospital. They’re rare but the risk is not zero,” said study co-author Dr. Aaron Caughey, chair of obstetrics and gynecology at Oregon Health & Science University School of Medicine. “The tradeoff is, in the hospital, you lose control over your birth experience.”

It’s important to note, however, that the study wasn’t designed to prove a cause-and-effect relationship between infant deaths and out-of-hospital deliveries. The study only showed a link between these factors.

The findings provide expectant parents with “numbers that give them a rational basis for planning about where they want to have their baby,” said Dr. Michael Greene, chief of obstetrics at Massachusetts General Hospital in Boston, who co-wrote a commentary accompanying the study.

Parents should consider “what’s important to them and how much risk they’re willing to tolerate,” he said.

While the extra likelihood of death in the study may seem high, Greene added, “risk is in the eyes of the beholder. There are people who will see those risks and perceive them as acceptable in order to avoid the interventions that they really don’t want to be subjected to.”

In the United States, births not in a hospital are still extremely rare, accounting for fewer than 1 percent of births, according to the American College of Obstetricians and Gynecologists. But the numbers have been growing amid more support for old-fashioned births outside a hospital, the study authors said.

The study examined statistics from nearly 80,000 births that occurred in Oregon from 2012 and 2013. Oregon requires extensive information to be included on birth certificates.

Just over 3,200 women planned to deliver at home or at a stand-alone birthing center. The researchers compared these women to those who had planned to give birth at a hospital – almost 76,000 women.

The investigators found that 94 percent of births outside a hospital were unassisted vaginal deliveries compared to 72 percent in a hospital. The researchers also noted a decreased use of obstetrical procedures – such as induction of labor and cesarean delivery — with home births.

“Maybe we’re using these interventions more frequently than we need to,” Caughey said.

Other research into the safety of home births has been mixed. Earlier this month, a study from Canada suggested that home birth is about as safe for babies as hospital birth. However, midwives are regulated more strictly in Canada than in the United States, and the study only looked at births that were attended by midwives and considered to be low-risk.

Greene pointed to another recent study – this one from the Netherlands – that suggested a similar increased risk for out-of-hospital births as the new American study.

What should mothers do if they want to give birth outside a hospital?

Both Greene and Caughey agreed that midwives are crucial, and they said it’s important to have good communication with a hospital in case an emergency occurs.

“In theory, one way of improving the safety of out-of-hospital births is to make sure the midwives have a formal backup structure with a designated physician at a nearby hospital so the mother can transfer if things start to go badly,” Greene said.

According to Caughey, better communication would also reduce friction that occurs when hospitals “only see the complications” and haven’t had a chance to develop a trusting relationship with midwives. “It’s about building those relationships so they’ll be welcomed when they come in with their patient,” he said.

Web articles – via partners/network co-ordinators. This website and its contents are the exclusive property of ANGA Media Corporation . We appreciate your feedback and respond to every request. Please fill in the form or send us email to: [email protected]
Previous: Kosher medical marijuana coming to New York
Next: Olivia, Ethan BC’s number one baby names in 2014