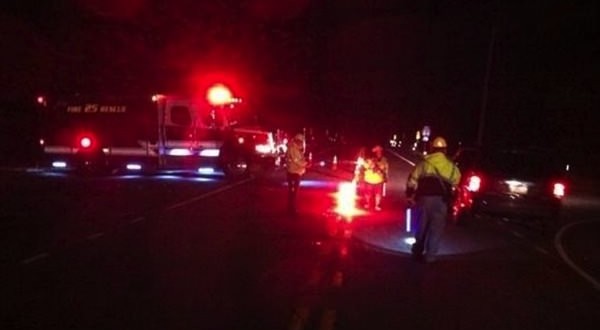 Pa. – A multi-state manhunt is on after one or more gunmen opened fire on a Pennsylvania State Police barracks in the Poconos. One trooper was killed and another is in stable but critical condition at a Scranton hospital.

The shooting occurred at about 11 p.m. Friday at the barracks in Pike County’s Blooming Grove, a township of about 4,000 people about 35 miles east of Scranton. Nearby Lackawanna County dispatched its SWAT team, and helicopters were seen flying over the area.

State police spokeswoman Maria Finn tells The Times-Tribune newspaper that one trooper was killed and another was injured. She did not elaborate on the severity of the injuries.

Several roads around the barracks, including parts of Interstate 84, were closed.

Web articles – via partners/network co-ordinators. This website and its contents are the exclusive property of ANGA Media Corporation . We appreciate your feedback and respond to every request. Please fill in the form or send us email to: [email protected]
Previous: Entangled whale freed off Bar Harbor (Video)
Next: Walmart Changes Dress Code, Workers Pick Up Tab