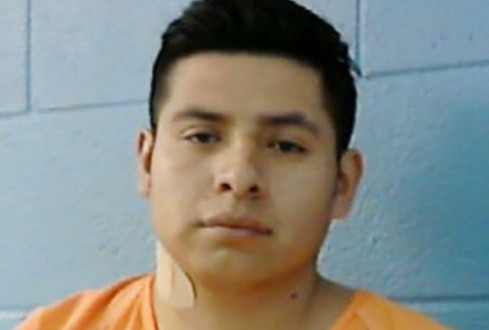 Authorities used cell phone “pings” to track and arrest the father wanted for the fatal stabbings of his two young daughters and their mother.

Police say the triple murder suspect had been on the run following the gruesome stabbing of 21-year old Deisy Garcia and the couple’s 1 and 2-year-old girls.

Their bodies were discovered in their New York City home after family members said Garcia didn’t show up for church on Sunday.

Texas Department of Public Safety Trooper Greg Trojacek saw the vehicle on the roadway and, along with Fayette County deputies and Schulenburg Police Department officers, surrounded the vehicle and took the subject into custody without incident, according to the news release.

The van that Mejia-Ramos was driving had been reported stolen.

Web articles – via partners/network co-ordinators. This website and its contents are the exclusive property of ANGA Media Corporation . We appreciate your feedback and respond to every request. Please fill in the form or send us email to: [email protected]
Previous: Actress Alison Sweeney Leaving Days of Our Lives After 21 Years
Next: Scientists accidentally capture ball lightning (Video)