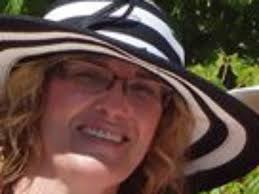 One of the victims of a fatal stabbing at a Longview hospital on Tuesday morning has been identified.

The suspect had been wielding a hunting knife, said witnesses who spoke to KLTV. He had already stabbed 1 person when Ms. Sandidge, who was preparing a young girl for surgery, ran out into a hallway to check on the commotion, police said. It was at that point that she was fatally stabbed in the chest, witnesses said.

“She was just saying…’I’m hurt. He got me,'” witness Jana Jackson told KLTV in Jacksonville, Texas. “And that’s when we realized there was blood all on the front of her scrubs.”

Ms. Sandidge began working for Good Shepherd in 1978 as a nurse in pre-op and surgery recovery, said Mr. Altmiller. After leaving for 3 years, she returned to work for the surgical center, where she cared for patients for the last 16 years.

“Nurses are protectors by nature,” said Mr. Altimiller. “Gail fit this profile. She was protecting her patients in an act of courage today and in so doing she lost her life.”

The suspect has been identified as Kyron Templeton. He was arraigned on a charge of murder and 4 counts of aggravated assault with a deadly weapon. Mr. Templeton’s Facebook page says he is a graduate of Longview High School and is employed by Wal-Mart. He was also arrested in January 2011 for theft, according to Gregg County judicial records.

Four others were also injured, an employee and 3 visitors. The other employee, identified as 52-year-old Karen Bobo, RN, and one of the visitors were treated and released; one of the visitors remains critical, and the other visitor remains hospitalized in good condition, hospital officials said.

Outpatient Surgery will update the story as details become available.

Web articles – via partners/network co-ordinators. This website and its contents are the exclusive property of ANGA Media Corporation . We appreciate your feedback and respond to every request. Please fill in the form or send us email to: [email protected]
Previous: Canada to file claim to expand its Arctic seafloor boundaries, this week
Next: Catching Fire breaks US box office record over holiday weekend (Teaser Trailer)