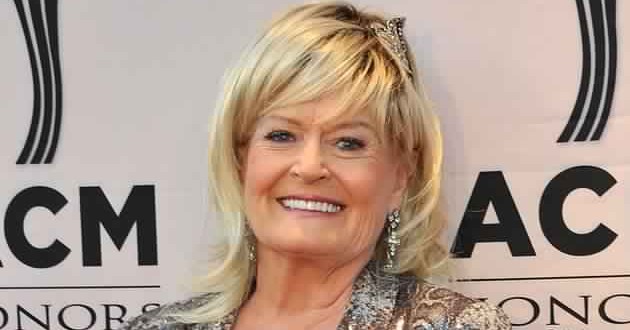 Lynn Anderson, whose strong, husky voice carried her to the top of the charts with “(I Never Promised You a) Rose Garden,” has died. She was 67.

Born on Sept. 26, 1947, in Grand Forks, N.D., Lynn Anderson grew up in California in a musical family. Her parents, Casey and Liz Anderson, were songwriters; her mother wrote Merle Haggard‘s “(My Friends Are Gonna Be) Strangers” and “I’m a Lonesome Fugitive.”

Lynn Anderson was just 19 years old when she released her debut single, “For Better or for Worse,” a duet with Jerry Lane, in 1966. The song did not chart, but her next single “Ride, Ride, Ride” did, and Anderson’s third single, “If I Kiss You (Will You Go Away),” earned a Top 5 spot on the country charts.

The singer moved to Nashville and signed with Columbia Records in 1970, and released “Rose Garden” that October. The tune spent five weeks at No. 1 on the country charts, became a crossover hit on the pop charts, earned Anderson a Grammy Award for Best Female Country Vocal Performance and helped her win Female Vocalist of the Year at the CMA Awards. It also held the title of the top-grossing song by a female artist for 27 years.

“I am a huge fan of Lynn’s. She was always so nice to me. She did so much for the females in country music. Always continuing to pave the road for those to follow,” Reba McEntire says in a press release. “I loved her music and her love for horses. “Rose Garden” was a song I sang in high school in our Kiowa Cowboys High School band. She will be missed.”

Lynn Anderson also spent time as a featured performer on the Lawrence Welk Show in the late 1960s.

“It was appointment viewing,” WSM DJ and Grand Ole Opry announcer Eddie Stubbs says. “Lynn Anderson really helped expand the boundaries of country music because there wasn’t a lot of [it] on network television at that time.”

In 1968, Anderson married producer and songwriter Glenn Sutton, who wrote and produced a few of her hits. They divorced in 1977.

Lynn Anderson released her final record for Columbia in 1980. She later signed with Permian Records, on which she earned her last Top 10 single, “You’re Welcome to Tonight,” a duet with Gary Morris, in 1983. Her 2004 album, The Bluegrass Sessions, earned a Grammy nomination for Best Bluegrass Album, and earlier this year, she released a gospel album, Bridges.

“It was a pleasure to record with Lynn,” says Duane Allen of the Oak Ridge Boys, who are featured on a track on Bridges. “I remember the first time we saw her at the Utah State Fair. We were playing the small stage, and we finished early enough to see her on the main stage. She owned Utah that night. She didn’t stop until she won everybody’s hearts, including mine. She sang her way to heaven.”

In September of 2014, Anderson was arrested in Nashville for driving under the influence. She had previously been arrested for DUI in Texas in December of 2004, and again in New Mexico in May of 2006. She was also charged with shoplifting and battery of a police officer in 2005 and had sought treatment at the Betty Ford Center.

Lynn Anderson was also an awarded equestrian and horse breeder, and she supported and worked with numerous charities, including the Roundup for Autism and the Cariety Foundation, among others.

The singer is survived by her father; her partner Mentor Williams; her children, Lisa Sutton, Melissa Hempel and Gray Stream; and four grandchildren. Funeral services are being planned for Nashville’s Woodlawn-Roesch-Patton Funeral Home and Memorial Park; details will be made available as they are known. The Boot extends our deepest condolences to Anderson’s family.

Web articles – via partners/network co-ordinators. This website and its contents are the exclusive property of ANGA Media Corporation . We appreciate your feedback and respond to every request. Please fill in the form or send us email to: [email protected]
Previous: MSNBC Cancels Three Of Its Awful, Awful Shows “Report”
Next: $5 Million Cocaine Seizure At Ambassador Bridge