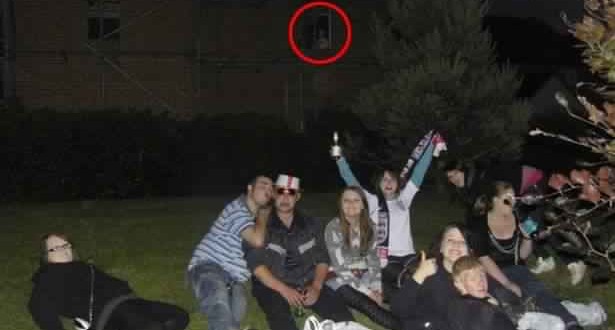 Natasha Oliver, 22, and a group of friends were out after watching a football game when they decided to capture some photographs.

The pals, who were drinking in Wem, Shropshire, got photobombed by what they believe to be a ghost.

A spooky figure, which kind of looks like a petite woman holding a baby, appeared in the window of the building behind them. 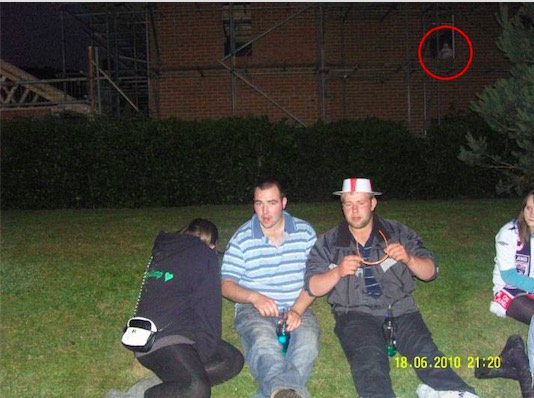 Natasha said: ‘Someone realised there was a weird figure in one of the photos and we thought it was kind of freaky, the boys decided to go and climb the scaffolding of the building but there was nothing there.’

The snap was taken after a World Cup game five years back, but Natasha admits she’s still creeped out by it.

The building was being constructed on the site of an old wood yard, but the structure wasn’t complete so nobody was living inside it.

‘It’s on the site of an old wood yard so there would have been people working here. It could be any one of the workers,’ she told the Mirror.

Web articles – via partners/network co-ordinators. This website and its contents are the exclusive property of ANGA Media Corporation . We appreciate your feedback and respond to every request. Please fill in the form or send us email to: [email protected]
Previous: Fred Maldonado : Us Man Claims In-N-Out Served Him A Meth Milkshake
Next: MSNBC Cancels Three Of Its Awful, Awful Shows “Report”