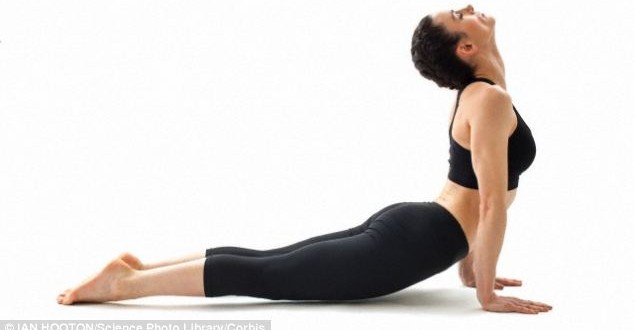 Meditation and Yoga Are Recommended for Breast Cancer, New Study

Meditation and Yoga Are Recommended for Breast Cancer, New Study

Canadian scientists say they have proof that practicing mindfulness meditation or being involved in a support group has a positive physical impact at the cellular level in breast cancer survivors.

The study, published online Monday in Cancer, found that telomeres, which are protein complexes at the end of chromosomes, maintain their length in breast cancer survivors who have psychological intervention, while telomeres shortened in women who were not involved in support groups. Shortened telomeres are associated with diseases, while longer ones are thought to help protect the body.

Dr. Linda E. Carlson, PhD, principal investigator and director of research in the Psychosocial Resources Department at the Tom Baker Cancer Centre, said that they already knew that psychosocial interventions like mindfulness meditation would help one feel better mentally, but now for the first time they had evidence that they could also influence key aspects of their biology.

A total of 88 breast cancer survivors who had completed their treatments for at least three months were involved for the duration of the study. The average age was 55 and most participants had ended treatment two years prior and to be eligible, they also had to be experiencing significant levels of emotional distress.

In the Mindfulness-Based Cancer Recovery group, participants attended eight weekly, 90-minute group sessions that provided instruction on mindfulness meditation and gentle Hatha yoga, with the goal of cultivating non-judgmental awareness of the present moment. Participants were also asked to practice meditation and yoga at home for 45 minutes daily.

In the Supportive Expressive Therapy group, participants met for 90 minutes weekly for 12 weeks and were encouraged to talk openly about their concerns and their feelings. The objectives were to build mutual support and to guide women in expressing a wide range.

All study participants had their blood analyzed and telomere length measured before and after the interventions.

Web articles – via partners/network co-ordinators. This website and its contents are the exclusive property of ANGA Media Corporation . We appreciate your feedback and respond to every request. Please fill in the form or send us email to: [email protected]
Previous: ’19 Kids and Counting’ Star Jessa Duggar Marries Ben Seewald, Report
Next: Ebola in NC : Duke Hospital patient tests negative