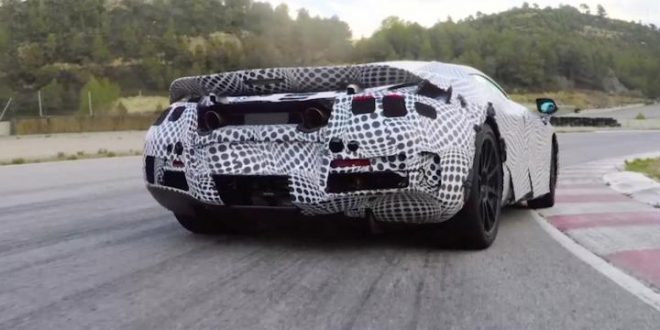 McLaren’s 650S replacement, widely reported to be called 720S, has been teased again in a new video.

McLaren has released yet another teaser for its upcoming second-generation Super Series model – a replacement for the 650S, which is rumoured to be called the 720S.

Thus far we’ve had details of the structure, aero, suspension, engine and now we’ve got wheels, tyres and brakes. And news that if you’ve scared yourself hitting 125mph from rest in the published 7.8 seconds you can hit the brake pedal and be stationary again in just 4.6 seconds and 117 metres. Once your eyeballs have returned to their sockets you can perhaps take in the fact this is six metres shorter than a 650S and “almost on a par with the legendary McLaren P1” in the words of this latest release.

Further details include news of standard carbon ceramic brakes, lighter and stiffer calipers and improved pedal feel and modulation. Impressive, given McLarens were already among the best in the business for the latter. There’s also a new Pirelli P-Zero Corsa tyre to which McLaren is attributing a 6 per cent increase in mechanical grip over the 650S.

Web articles – via partners/network co-ordinators. This website and its contents are the exclusive property of ANGA Media Corporation . We appreciate your feedback and respond to every request. Please fill in the form or send us email to: [email protected]
Previous: Scientists may have found dark matter traces in Andromeda Galaxy (Video)
Next: Indian teenager wakes up during his funeral after being presumed dead