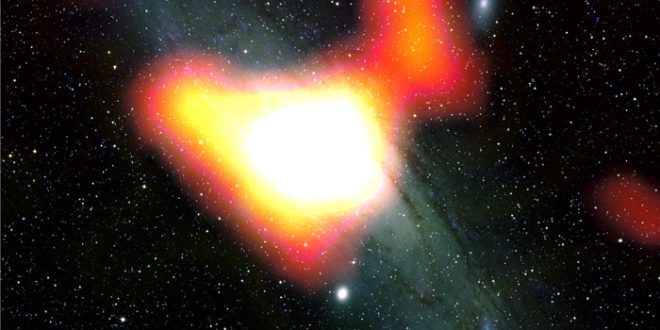 The signal detected by NASA’s Fermi Gamma-ray Space Telescope is similar to gamma-rays observed at the center of the Milky Way, and could be coming from several sources that have yet to be determined.

Gamma rays are the highest-energy form of light, produced by the universe’s most energetic phenomena. They’re common in galaxies like the Milky Way because cosmic rays, particles moving near the speed of light, produce gamma rays when they interact with interstellar gas clouds and starlight.

Surprisingly, the latest Fermi data shows the gamma rays in Andromeda — also known as M31 — are confined to the galaxy’s center instead of spread throughout. To explain this unusual distribution, scientists are proposing that the emission may come from several undetermined sources. One of them could be dark matter, an unknown substance that makes up most of the universe.

Web articles – via partners/network co-ordinators. This website and its contents are the exclusive property of ANGA Media Corporation . We appreciate your feedback and respond to every request. Please fill in the form or send us email to: [email protected]
Previous: Aboriginal leaders demand answers in artist Moses Beaver’s death
Next: McLaren 650S replacement teased again (Watch)